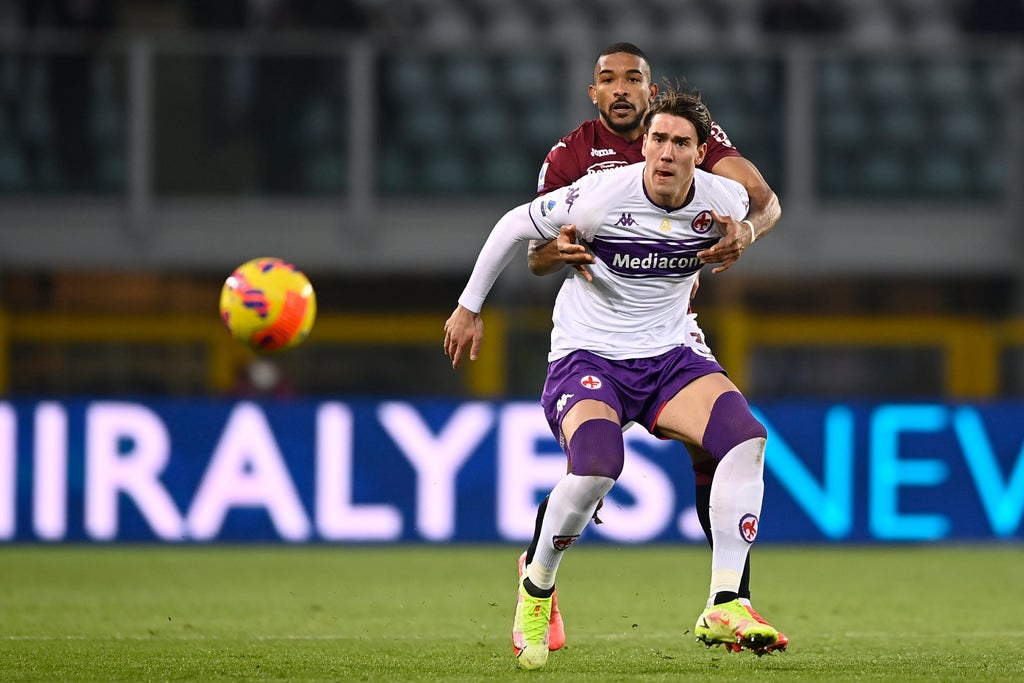 Arsenal are willing to ‘break the bank’ to secure Fiorentina striker Dusan Vlahovic, the Mirror reports. The Gunners are said to be considering spending upwards of £70million on the 21-year-old Serbia international to strengthen their attacking options, with the team’s early FA Cup exit contributing to a sense of desperation. The high price may be needed to secure Vlahovic against competition from AC Milan Juventus, Liverpool and Newcastle, who are all watching the player closely.

The Sun writes that Manchester City defender Nathan Ake is wanted by AC Milan. The 26-year-old Holland international has caught the attention of manager Stefano Pioli, who is looking for a new centre-back because Simon Kjaer is sidelined with a knee ligament injury.

And the Daily Star adds to speculation that Tanguy Ndombele will leave Tottenham, musing about six clubs that may want to pick up the 25-year-old Frenchman: Paris St Germain, Newcastle, Barcelona, Roma, Lyon and AC Milan.

Another player who could be on his way out of Spurs is winger Steven Bergwijn. The Daily Mail writes that Ajax have reportedly submitted a £15million bid to bring the 26-year-old Holland international back to his homeland.

Antonio Rudiger: Chelsea’s 28-year-old Germany defender is almost out of contract and Football London reports he prefers a move to Real Madrid over Paris St Germain.

Anthony Martial: Sevilla are interested in the 26-year-old Manchester United forward but high wages could be a barrier, according to the Mirror.