The Football Manager 2022 Beta is out now on all platforms for players who have pre-ordered the game, including PC and Mac via Steam or the Epic Games store. 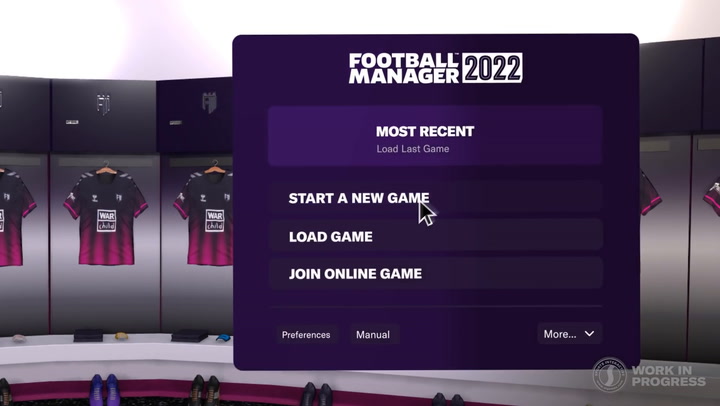 Say goodbye to your weekend, because the highly-anticipated Football Manager 2022 Beta is out now!

Players who’ve pre-ordered Football Manager 2022 from a SEGA-approved digital retailer can now download a Beta version of Sports Interactive’s latest release from their popular Football Manager series of games, giving them early access ahead of the game’s full release date.

Football Manager 2022 will be officially released on Tuesday, November 9, 2021, but players who pre-ordered the game can now access a Beta version of the game more than two weeks before this date, which is something that Sports Interactive and SEGA have offered to players in previous game releases.

And players who begin a new save on the FM22 Beta can carry their save progress into the full game on release.

FM22 and FM22 Xbox Edition will also be available with Xbox Game Pass from Day One when both titles launch on November 9th.

FM22 features a number of new features and updates including an improved match experience, an increased level of analysis and information and additional advice from their backroom team at their disposal.

The game also features a new animation engine and wide-ranging AI improvements, which Sports Interactive says delivers the most authentic on-pitch action in the series’ history. There’s also a brand-new Data Hub, which brings more ways to see where things are going right and wrong on matchdays.

Transfer Deadline Day has also been overhauled to bring more rumour, activity and speculation to the climax of the transfer window and a new Staff Meeting allows managers to keep more in touch with the key personnel in their backroom team.

If you haven’t pre-ordered FM22 yet, anyone who pre-purchases FM22 on PC and Mac from a participating digital retailer between now and the game’s full release will get access to the Beta and 10% off.

Here’s how to install the Football Manager 2022 Beta on both PC and Mac.

Simply quit and restart Steam and you’ll see that Football Manager 2022 is available to install.

Quit and restart the Epic Games Launcher and you’ll see that Football Manager 2022 is available to install.

Your retailer should have sent you a confirmation email with a code, or a link to redeem your code which can be activated on Steam by following the instructions below:

* The Store, Steam Workshop and both the Pre and In-Game Editor are not available in the Beta.

Football Manager (FM) is the world’s leading football management simulation title. With more than 50 countries to manage in and a database of over 800,000 players and staff it offers an incredibly detailed and immersive experience.