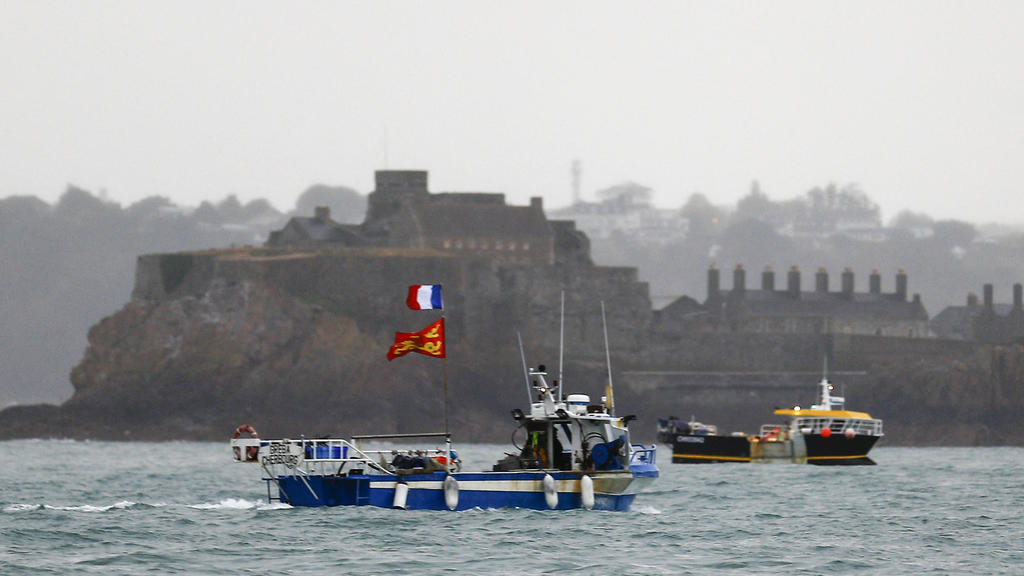 French trawler crews angry at post-Brexit restrictions on their access to British fishing grounds sailed in a flotilla to the British Channel island of Jersey on Thursday to register their protest.

A simmering row over fishing rights has escalated this week, with a French minister suggesting French electricity supplies to Jersey could be cut, and Britain despatching two navy patrol boats to the island.

Some of the French flotilla entered the harbour at the Jersey port of St. Helier at one point during their protest on Thursday morning. France later deployed two patrol boats to the area.

One of the trawlers positioned itself directly in front of the Commodore Goodwill, the ferry and freight vessel that connects the Channel islands to the British mainland and was at anchor in the harbour, according to social media posts by Marie Carof-Gadel, a French journalist on board the trawler.

The trawler later moved away. A representative of Jersey port said the Commodore Goodwill’s scheduled departure was delayed, but could not give further details.

Hugo Lehuby, a representative for the Normandy regional fishing committee which helped organise Thursday’s protest, said the French flotilla would not seek to impede access to Jersey ports, or stop local fishing vessels from operating.

“The objective is to express our unhappiness about the restrictive measures that were imposed,” Lehuby told Reuters by telephone, adding that he expected the flotilla to return to their home ports by the end of Thursday.

“This is not a blockade,” he said. “It’s not our objective to smash stuff up.”

The same website showed that one of the two British naval vessels despatched to the island, HMS Tamar, was positioned approximately 6 km (4 miles) to the south-west of the flotilla.

The second vessel, HMS Severn, was around 9 km to the west. Neither of the vessels appeared to be moving towards the French flotilla.

A spokeswoman for the Jersey government said officials were monitoring the situation, but had no further comment at this stage.

Jersey’s government said the island had issued new fishing permits in accordance with the post-Brexit trade terms, which included new conditions for license-holders.

That angered French trawler crews and the French government, who said the new terms had been imposed unilaterally and without discussion, and that they placed unfair restrictions on French fishing vessels.

Françoise Hardy, ‘close to the end’ of her life, argues for assisted suicide