The bridge leading to Olorunda community in Ado Ekiti, the Ekiti capital, collapsed on Monday after heavy rainfall in the area.

Residents were said to have been stranded, following the collapse of the bridge.

The bridge links Olorunda with Olorunsogo and Adewumi communities in the state capital.

Students and pupils were also said to be unable to access their schools as a result of the collapse of the bridge.

However, the state government has ordered the immediate reconstruction of the collapsed bridge.

Bisi Egbeyemi, deputy governor of Ekiti, who visited the area on Monday, said work will begin on the collapsed bridge on Tuesday.

According to a statement issued by Odunayo Ogunmola, spokesman to the deputy governor, Egbeyemi said the state will ensure that quality materials are used during the reconstruction.

“The collapse of the bridge happened as a result of the heavy rain and we have seen it. That is why Governor Kayode Fayemi asked me to come and see things for myself and I am here accompanied by the contractor handling the road project,” he said.

“By the grace of God, work will commence here tomorrow (Tuesday). In fact, as from today, the contractor in charge has ordered for materials to be used for the work.

“I have given a directive that quality materials including hard stones be used and laying of asphalt. This government does not want life to be unbearable for the masses.”

In his remarks, Tayo Omolola, president of Olorunda community, commended the state government for the quick intervention. 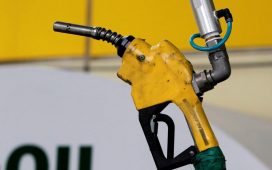 Oil rises on big decline in US crude stocks 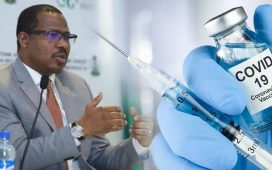 UK not against vaccines administered in Nigeria – NPHCDA 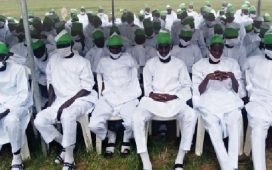