Greta Thunberg being interviewed at the London’s Natural History Museum for her appearance on the BBC1’s current affairs programme, The Andrew Marr Show. (

Climate activist Greta Thunberg has hit out over Rishi Sunak’s decision to slash a levy on domestic flights, saying it shows the environment is not the UK’s “main priority”.

The Chancellor used the Budget last week to cut Air Passenger Duty on flights between UK nations by 50%, claiming it would be a boost for the Union.

But he has faced fierce criticism from eco-campaigners, who say he should have made less polluting train journeys cheaper instead.

Now, speaking ahead of the COP26 climate change summit in Glasgow, Miss Thunberg has told the BBC the decision is part of a “pattern of these policies.

She told BBC One’s Andrew Marr Show: “Of course we can’t talk about this in, like, one single policy and so on. But when you see a pattern of these policies, that all the time are avoiding taking real action, then I think you can draw conclusions from that pattern.

“That climate action is not really our main priority right now.”

The 18-year-old Swedish activist was mobbed by the media when she arrived in Glasgow for the summit on Saturday.

She said she had not been asked “officially” speak at the event, attended by world leaders from across the globe amid the push to reduce emissions and avoid climate catastrophe, adding that some feared “radical” voices would make polluters “look bad”.

It was “possible in theory”, she said, to reach an agreement to keep global warming below 1.5C.

Asked if she think it will happen, she said “I don’t know”, adding: “It’s up to us if we want that to happen.”

Miss Thunberg also said she thinks most people would agree with the Queen, who in a clip during a trip to Cardiff last month could be heard to say it is “irritating” when countries “talk, but they don’t do” on climate action.

“Yeah, I think most people agree with that,” said Miss Thunberg.

Asked if hearing the views of leaders such as the Pope makes a difference, she said: “I think when people like that speak up, I think it does make a real difference, when they are bold enough.

Turning to the Insulate Britain protests, which have infuriated motorists as protestors block roads, Miss Thunberg said it is sometimes necessary to “anger some people”/

She said: “To make clear, as long as no-one gets hurt … then I think sometimes you need to anger some people.

“Like, for instance, the school strike movement would never have become so big if there wasn’t friction, if some people didn’t get pissed off.”

Meanwhile, Boris Johnson, who is at the G20 meeting in Rome, admitted he has a “six out of 10” chance of success at the summit.

The Prime Minister hosed down hopes of a breakthrough in talks with world leaders before the 12-day gathering in Glasgow.

And despite pledging to “keep 1.5 alive” – limit global temperature rises to 1.5C – he admitted there’s “no chance” of that being achieved this year.

Some 25,000 delegates from 196 nations will descend on COP26 tomorrow, including more than 120 world leaders greeted personally by the PM.

A glittering opening ceremony will see speeches from Mr Johnson, Prince Charles and Sir David Attenborough – followed by a royal reception with a video message from the Queen.

World leaders will also watch a short film written by an eight-year-old Blue Peter viewer, imagining a future where beloved animals are extinct.

The PM said: “COP26 will be the world’s moment of truth.”

Rich nations have missed a deadline to give $100bn a year to poorer nations and a UN report suggests temperatures could rise 2.7C by 2100.

The Prime Minister told ITV : “There is no chance of us getting an agreement next week to limit climate change to 1.5 degrees.

“What we could conceivably do – if everybody gets their act together – is get an agreement that means that COP26 is a way station.”

Mr Johnson will today attend climate talks with G20 leaders in Rome, where he arrived on Friday. He’ll attend an event hosted by Prince Charles and host a press conference.

No10 announced a shrinking Antarctic ice flow will be named the ‘Glasgow glacier’ on official maps as a bleak reminder of the crisis.

Meanwhile the UK said £50m from a £286m aid pot for Afghanistan will be spent supporting women and girls left behind by the UK and US withdrawal.

But the “keep 1.5 alive” pledge has been branded too vague and No10 refused to say how many gigatons of CO2 should be cut as a result of COP26.

Streets were deserted in a ring of steel around the G20 with 6,000 police and 500 soldiers near the venue.

Leaders were set to back plans to vaccinate 70% of the world against Covid by mid-2022.

The UK, US, Germany and France were also due to revive talks on an Iran nuclear deal. 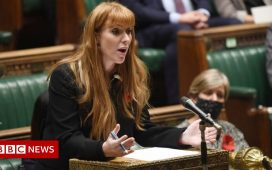 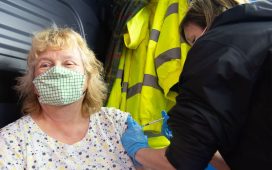 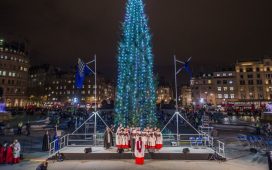 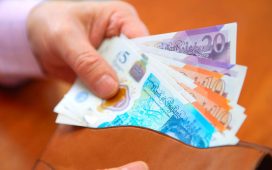 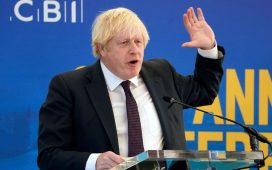