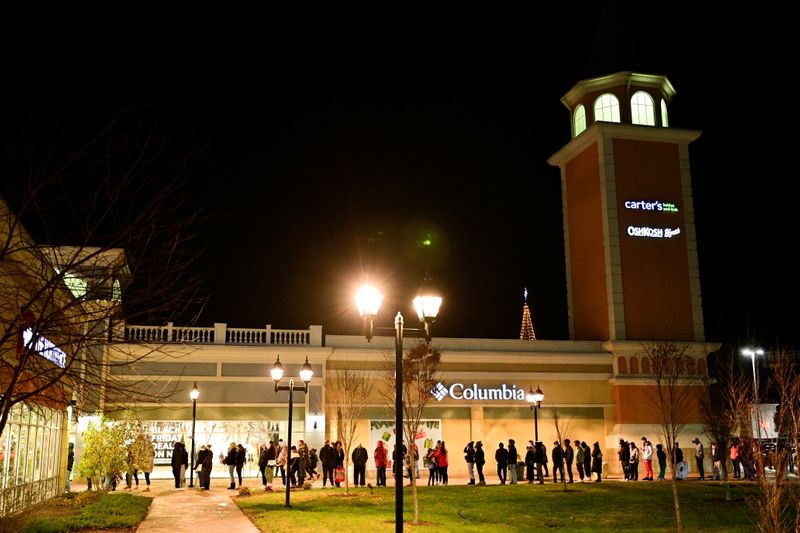 © Reuters. FILE PHOTO: Shoppers wait in line for stores to open as Black Friday sales begin at The Outlet Shoppes of the Bluegrass in Simpsonville, Kentucky, U.S., November 26, 2021. REUTERS/Jon Cherry

LOS ANGELES (Reuters) – Black Friday shoppers weren’t the only ones out hunting for bargains on the day after Thanksgiving. Thieves were busy as well.

Police in Los Angeles and cities elsewhere across the country spent much of their holiday weekend patrols looking for suspects in a spate of “flash mob” robberies on Friday, part of a surging U.S. crime trend in which groups of thieves swarm a store, ransack the shelves and flee.

Authorities also have used the term “smash-and-grab” to describe the trend.

At least two such robberies were reported on Saturday by the Los Angeles Police Department (LAPD) and the Los Angeles County Sheriff’s Department. A local television station, KCAL-TV, counted a total of six smash-and-grab heists on the city’s west side alone on Friday.

In one incident, a group of eight men entered a Home Depot (NYSE:) outlet at a shopping mall in Lakewood, south of downtown Los Angeles, walked directly to the tool aisle and snatched a bunch of hammers, sledgehammers and crowbars valued at about $400 before making their getaway, the sheriff’s office said.

According to L.A. television station KTTV, the Home Depot robbery on Friday night involved up to 20 suspects who pulled up to the store in as many as 10 cars and donned ski masks before raiding the tool aisle.

“We tried to stop them,” store employee Luis Romo told KTTV. “We closed the front entrance, and they put their sledgehammers up and whoever got in the way, they were going to hurt them.”

The Los Angeles City News Service said four suspects in that robbery were arrested on Saturday by Beverly Hills police.

In a similar incident Friday afternoon, a group of 10 men or more invaded a store in the city’s Fairfax district and started grabbing merchandise without paying for it, pushing employees out of the way before fleeing the scene, according to LAPD.

Police are investigating possible ties between that incident and a flurry of other robberies and retail thefts on Friday and earlier in the week, including two smash-and-grabs reported on Wednesday, an LAPD spokesperson said.

The rash of retail crime prompted the LAPD to place its officers on a citywide tactical alert on Friday afternoon.

Mass robberies also were reported on Friday at two Best Buy electronics stores in the Minneapolis-St. Paul area, one of them involving as many as 30 suspects, while a spree of pre-dawn retail burglaries were under investigation in Chicago.

In one of the biggest flash-mob robberies reported on the West Coast in recent days, police in the San Francisco suburb of Walnut Creek were seeking about 80 suspects who swarmed and ransacked a department store last Saturday.