Five things to watch out for in Sunak’s Budget


Rishi Sunak has barely had a quiet moment since becoming UK chancellor just over a year ago.

He had only three weeks to prepare for his first Budget, unveiled on the cusp of the coronavirus crisis, and since then has agreed to spend about £280bn providing emergency support for the economy.

In his second Budget, Sunak is preparing what he hopes will be one final slug of support, as he also puts Britain on notice of tax rises to pay for the Covid-19 pandemic. Below are five things to watch out for.

1. Outlook for economy and public finances

The Treasury will be surveying the lasting damage after the UK economy in 2020 suffered its worst downturn in more than 300 years.

That pain is now largely in the past and much of the economic and fiscal news in forecasts from the Office for Budget Responsibility, the UK fiscal watchdog, will be relatively good.

The OBR will predict the fastest economic growth in 2021 for almost 50 years, with the deficit in 2020-21 coming in well below its November estimate of £394bn. Expect a figure close to £350bn.

The main OBR forecasts will be framed with different scenarios in mind, highlighting the lack of certainty about the outlook.

But in its central forecast, the OBR will predict there will be a large persistent problem in the public finances stretching into the medium term because the economy will not recover to its pre-pandemic path.

That hits tax receipts, and with pressure for more spending on education and health, the OBR is likely to suggest that without government action there is a substantial hole in the public finances.

The chancellor wants the Budget to be the moment when he “levels with people” that higher taxes will be needed to pay bills incurred during the pandemic.

He will not outline new targets for reducing the deficit or public debt, which currently stands at £2tn, or close to 100 per cent of gross domestic product — a level not seen since the early 1960s.

But Sunak is due to set out some limited tax rises. He will probably raise the rate of corporation tax from its current 19 per cent, while keeping it below the average for G7 nations.

Each 1 percentage point rise in the rate can raise £3.3bn each year for the Treasury, but expect this move to come alongside some new incentives for business investment.

The government is determined to stick to its 2019 election manifesto pledge not to raise the rates of income tax, value added tax and national insurance, but is preparing to secure more revenues from this area.

It is likely to do this by freezing allowances and thresholds in relation to income tax, so that revenues rise as inflation raises wages over time.

Central to Sunak’s Budget strategy is to spend big in 2021-22 to protect jobs while coronavirus restrictions remain in place, and then to kickstart the economic recovery as they are relaxed.

With the Bank of England forecasting that unemployment will rise to more than 7 per cent, the chancellor is seeking to cushion the blow by phasing out state support for the economy slowly, and in tandem with the government’s road map for gradually lifting restrictions in England between March and June.

One of the government’s key support measures — the furlough programme for workers — will be extended until the end of September.

A £20-a-week uplift to universal credit payments, due to expire in March, is set to be prolonged for six months.

Sunak will want to ensure that on the most important state support schemes, there is no cliff edge where all help is withdrawn suddenly, so expect a phaseout period.

To further boost jobs, the chancellor will increase to £3,000 the temporary cash bonus to businesses taking on an apprentice.

4. Efforts to boost the recovery

Instead of a specific fiscal stimulus to kickstart the recovery, Sunak is more likely to use the Budget to hail the UK’s successful rollout of coronavirus vaccines as an example of post-Brexit regulatory agility that will power British innovation, investment and growth in the years ahead.

He worries less about securing EU market access for UK financial services companies and more whether reform of British regulation, including London stock listing rules, can attract fintech entrepreneurs and companies seeking to put their headquarters in the capital.

For the housing market, the stamp duty holiday that was due to expire in March could be extended to June.

Sunak will also announce a government guarantee for mortgage borrowers who require a loan worth 95 per cent of a property’s value, in a move that should particularly help first-time buyers.

5. Environment and ‘levelling up’

With the UK hosting the UN COP26 climate summit in Glasgow in November, the Budget will have a green focus to highlight the importance the UK places on reducing carbon emissions, although this will not extend to raising the rate of petrol duty.

Sunak is due to announce the role and remit of the new national investment bank, which is meant to help steer the UK towards its net zero carbon emissions target by 2050. However, the Budget is unlikely to include announcements of new infrastructure projects.

Details of the UK’s first “green gilt” are expected, and the Treasury will also consider further measures to encourage decarbonisation of homes and to promote renewable energy production.

Sunak is also due to use the Budget to insist the government has not lost sight of its election commitment to “level up” underperforming regions.

He is preparing to announce the locations of freeports, or special economic zones with low taxes, which he once championed as a backbench MP. 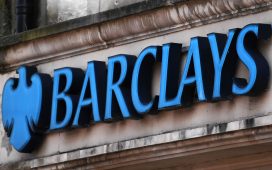 Why is Barclays closing Pingit and when does it shut down 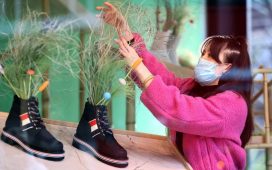 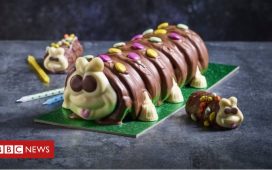