THE first person to ever be cured of HIV has died of cancer – just days after he revealed his diagnosis was terminal.

Timothy Ray Brown, known as the Berlin patient, made medical history after a groundbreaking bone marrow transplant eliminated the virus.

The 54-year-old died following a recurrence of the cancer that prompted his historic treatment 12 years ago.

He passed away at a hospice in Palm Springs, California, on Tuesday, his partner Tim Hoeffgen confirmed today.

Writing on Facebook, he said: “It is with great sadness that I announce that Timothy passed away … this afternoon surrounded by myself and friends, after a 5 month battle with leukaemia.”

He added that Mr Brown was his “hero” and “the sweetest person in the world”.

Adeeba Kamarulzaman, president of the IAS, said: “We owe Timothy and his doctor, Gero Huetter, a great deal of gratitude for opening the door for scientists to explore the concept that a cure for HIV is possible.”

Mr Brown was working in Berlin as a translator when he was diagnosed with HIV in 1995.

Then in 2006, he developed a type of blood cancer called acute myeloid leukaemia.

To treat his cancer, his doctor at the Free University of Berlin used a stem cell transplant from a donor who was naturally resistant to HIV.

Only a tiny proportion of people — most of them of northern European descent — have the CCR5 mutation that makes them resistant to the AIDS-causing virus.

What are the symptoms of HIV?

Most infected people experience a short illness, similar to flu, two to six weeks after coming into contact with HIV.

These symptoms, which 80 per cent of infected people experience, are a sign that their body is trying to fight HIV. They include:

After this illness, which normally lasts one to two weeks, HIV sufferers will have no symptoms for up to 10 years – during which time they will look and feel well.

However, the virus will continue to cause progressive damage to a person’s immune system.

Only once the immune system is already severely damaged will the person show new symptoms. These include:

After the treatment, levels of HIV in Mr Brown’s blood fell to undetectable levels and he no longer needed anti-retroviral therapy.

In 2008, doctors declared that he was in effect “cured” and at a medical conference he was dubbed “the Berlin Patient” to preserve his anonymity.

But two years later, he decided to break his silence and went onto become a public figure, as well as setting up his own foundation.

Speaking to the AFP news agency in 2012, he said: “I am living proof that there could be a cure for AIDS.

While he remained clear of HIV for more than a decade after being treated, he suffered a relapse of the leukaemia in the past year.

His doctors said the blood cancer had spread to his spine and brain, and he had recently been in hospice care.

More than 37 million people worldwide are currently infected with HIV, and the AIDS pandemic has killed about 35 million people since it began in the 1980s.

Medical advances over the past three decades have led to the development of drug combinations known as antiretroviral therapies that can keep the virus in check, allowing many HIV positive people to live with the virus for years.

A second HIV patient, Adam Castillejo, who was known as “the London patient” until he revealed his identity this year, is also thought to be in remission from HIV after having a transplant in 2016 similar to the one Brown had.

Last month, a woman in California was reported to have no traces of HIV without taking any anti-viral drugs.

Sharon Lewin, president-elect of the IAS and an HIV specialist at Australia’s Doherty Institute, said Brown was “a champion and advocate” for keeping an HIV cure on the agenda.

“It is the hope of the scientific community that one day we can honour his legacy with a safe, cost-effective and widely accessible strategy to achieve HIV remission and cure.”

How bad is outbreak in the North East and are more areas heading for lockdown?

Map reveals the number of coronavirus cases in YOUR local area

“While this treatment comes with many risks and isn’t a standard option for people living with HIV, he helped remind the world that the fight against HIV is still not over.

“He was a tireless activist and even until just a few days before he died, he urged people to keep fighting to find an HIV cure that works for everyone.

“His determination to end the stigma and support people living with HIV will be sorely missed.’ 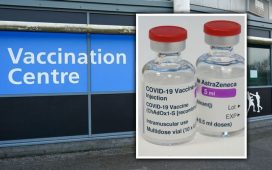 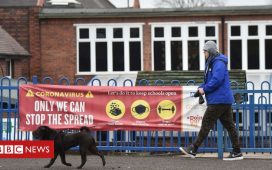 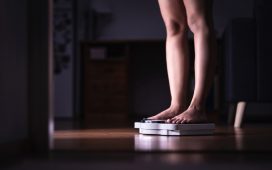 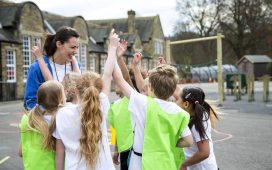 Teachers not at higher risk of contracting virus, study claims