Anna Richardson will be presenting the new series, with interiors icon Laurence Llewelyn-Bowen returning the show that made him famous

Get ready, as the Changing Rooms reboot is set to hit our TV screens, with beloved interiors icon Laurence Llewelyn-Bowen returning to the show that shot him to superstardom.

Changing Rooms with Dulux, the highly-anticipated new version of the 90s interiors makeover show, will debut on Channel 4 on Wednesday at 8pm.

Anna Richardson, famous for fronting the Channel 4 show Naked Attraction, will be presenting the new series, replacing original host Carol Smillie, who fronted the BBC One show from 1996 to 2003.

And fans of the series will be delighted to see Laurence Llewelyn-Bowen making a long-awaited return to our TV screens, as he will be tasked with designing rooms alongside newcomers Jordan Cluroe and Russell Whitehead, who are also known as @2lovelygays.

Carpenter and joiner Tibby Singh completes the line-up, and the rebooted show kicks off in Swansea, as two sets of neighbouring homeowners renovate a room in each other’s houses.

The couples will work with Laurence, Jordan or Russell to bring their interiors vision to life, and a trailer for the show gave viewers a sneak peek into what we can expect from the DIY makeover show.

New designers Jordan and Russell posed in brightly coloured suits alongside host Anna and Laurence, and the newcomers took to social media to share their excitement at being involved in the exciting reboot.

“It’s BACK! So excited for you to all see what we have been doing for the last few months! @ChangingRooms is back with US @LlewelynBowen @AnnaRichardso and @TibbySingh,” they wrote.

The reboot has undergone some changes over the last few months, as Davina McCall was originally set to host, but was forced to pull out of the project in March, after she was unable to juggle her judging commitments on ITV’s The Masked Singer.

Laurence, 57, heaped praise on his new co-star Anna, and said he hoped she would bring her “naughtiness” to the show.

“What’s really nice with Anna is she has a sort of Peter Panishness, a puckishness, a naughtiness that she’s very much bringing to this,” he told The Sun.

“I think everyone who’s watched Naked Attraction knows she’s very clever with words, she’s very good at getting information out of people and that’s definitely something she’s using very well.”

And the designer has vowed to take on the “beige” interiors of the nation, and urged them to embrace flamboyance and colour in their living spaces.

“There’s no room for beige in our homes and, just as it was in the ’90s, Changing Rooms is once more the homestyle antidote to Britain’s blues (and greys and taupes, and even Magnolia),” he said in a statement back in October, when the reboot was announced.

“It’s taken quite a lot of coaxing to get me under the Changing Rooms banner once more, but nothing like as much coaxing as it’s going to take for me to squeeze those leather trousers back on,” Laurence quipped.

See also  Giggling Cara Delevingne looks to be having a fun time during Puma modelling shoot
Share on FacebookShare on TwitterShare on PinterestShare on Reddit
newscabalAugust 4, 2021 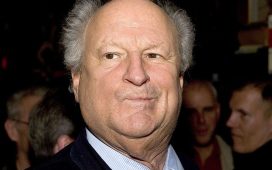 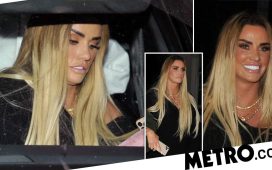 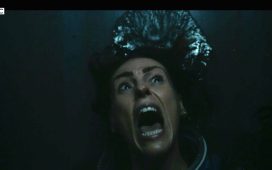 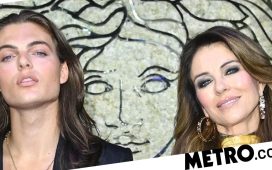