NEWSCABAL > auto > First Drive: Does the Ford Mustang Mach-E have what it takes to convert buyers to electric?
auto

First Drive: Does the Ford Mustang Mach-E have what it takes to convert buyers to electric?

This is, arguably, the most important Ford in recent memory. The Mustang Mach-E is the brand’s first product in a new generation of electric vehicles, and Ford will be hoping this SUV inspires Blue Oval buyers out of combustion engines and into a new zero-emission future.

The Mach-E’s selling points appear to be fantastic value-for-money and a good variety of powertrain options to give buyers choices between performance and range. This is also the first time the Mustang line-up has been expanded beyond the traditional pony car, so this new model has a lot to live up to.

Pretty much everything you can see – and everything you can’t – is new. This is a totally new body, with Ford unsurprisingly opting for a sporty looking crossover to launch its electric revolution, given this body style’s huge popularity right now.

It’s also built on a completely new vehicle platform that’s been specifically developed for electric powertrains. The cabin is more upmarket than we usually see from Ford, with a Tesla-inspired minimalist interior that’s dominated by a large central screen.

You get a choice of two batteries called Standard and Extended Range, which have a 68kWh and 88kWh capacity respectively. The shortest range is the all-wheel-drive (AWD) standard model, which can travel about 248 miles per charge, while the longest range belongs to the rear-wheel-drive (RWD) extended range model, which can go 379 miles.

What’s under the bonnet?

As you might have gathered from the above, there are two powertrain choices – RWD and AWD. Both models have an electric motor over the rear axle to power the rear wheels, with the latter getting an additional motor over the front wheels.

They are permanent magnet synchronous motors that Ford claims will provide peak torque within 0.5 seconds of the driver pressing the throttle. The single-motor system makes 265bhp, while the dual motor makes 290bhp with RWD and 346bhp as an AWD model.

We tested the extended range RWD model, which feels suitably brisk. Despite Ford’s claims of an ultra-responsive motor, it doesn’t quite have the gut-punch acceleration of some electric vehicles, even in ‘untamed’ mode, but performance is more than fast enough to have fun with.

Generally speaking the Mustang Mach-E is lovely to drive. The steering lacks feel but has a nice weight to it, so when coupled with the silent and smooth electric motors, makes this weighty SUV a relaxing way to get about.

It’s not all rosy, though. Even though our test model had the smaller 18-inch alloy wheels, the suspension is noticeably firm, particularly at lower speeds. On poor road surfaces in urban areas, you’ll notice your head bobbing about all over the place, while you can hear the car’s body working hard to soak up the bumps.

There’s a lot of road noise, too – but fortunately the sound system is so good it’s no bother to drown it out…

How does it look?

It’s tough to make any SUV look sleek and stylish, but credit to Ford’s designers, because the Mustang Mach-E looks fantastic. Its muscular stance makes it look like it could be huge in photographs, but despite being a spacious SUV that’s something of an illusion, cutting a surprisingly dainty figure in the real world.

The closed-off grille at the front gives off concept car vibes, something we’ll get used to with electric vehicles becoming more popular, because they don’t need the same levels of cooling as combustion-engined cars. Meanwhile, the narrow LED headlight design results in a fantastic signature look at night, while the three vertical brake lights on each side at the rear are a well-judged nod to the traditional Mustang model.

The Mach-E’s interior is where the real wow factor begins. The car looks good on the outside, but once you open the door using the strangely fiddly release button, the cabin never fails to impress.

The first thing you notice is the massive 15.5-inch infotainment screen in the center of the dashboard. At first it feels like overkill and is incredibly distracting – more so than the Tesla Model 3’s similar unit. However, you quickly get used to it, and it’s actually better at night when the brightness turns down and a dark colour theme is used.

The minimalist design has a relaxing feel, too, while the spaciousness on offer will appeal massively to families. The materials are largely of an excellent quality, too.

There’s little to complain about here, though the infotainment system isn’t the most intuitive to get the hang of and did seem a little glitchy when switching from the menu screens to the parking cameras.

Opt for an AWD version, and prices start at £43,650 for the standard range and £57,030 for the extended range (which also has more performance, explaining the big price jump somewhat). Standard equipment on AWD models includes 19-inch alloy wheels, adaptive LED headlights, red brake calipers and the dual-motor powertrain.

Considering the importance of this car for Ford’s switch towards an all-electric future, it’s fair to say the Mustang Mach-E is an impressive effort. It looks fantastic, has a Tesla-rivalling cabin and is genuinely great to drive. Compared with its rivals, it looks keenly priced and great value, too.

The RWD, extended range version looks like the sensible choice, but one thing to note: we’d recommend avoiding the bigger alloys if you don’t mind how small the standard wheels look, because we’d imagine the suspension could get unbearably stiff with the smaller sidewall. We’ll have to reserve judgement on that until Ford lets us behind the wheel of one, though… 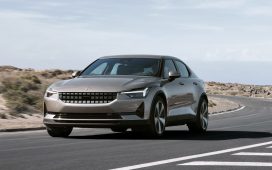 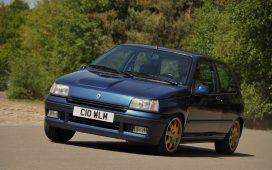 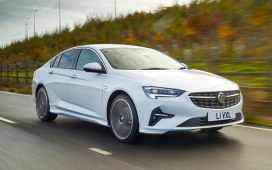 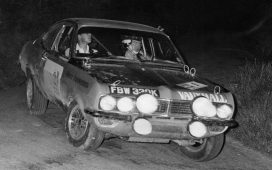 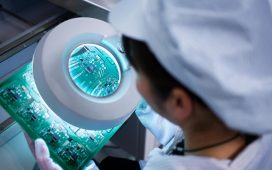 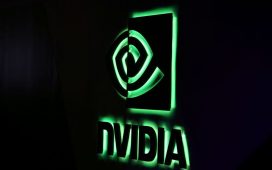