A meteorite that stunned the world when it blazed through the sky and plummeted into a frozen Lake Michigan on January 16, 2018 has been analysed by scientists.

The six-foot wide rock fragmented and illuminated the sky while travelling at 30,00mph with the footage of the event going viral around the world.

Fragments were rapidly tracked down and handed over to scientists who now know it contains some of the key ingredients for  the creation of life.

So-called ‘organic compounds’ were found and these carbon-containing molecules are the backbone of amino acids, fats, DNA and other biological materials.

The discovery of these raw materials on a space rock means it is possible that billions of years ago a larger, but similar, meteorite landed on Earth and brought these organic compounds with it, which would eventually allow life to flourish. 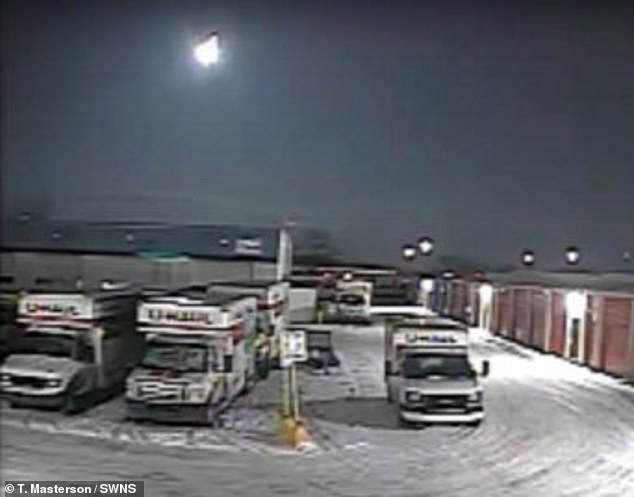 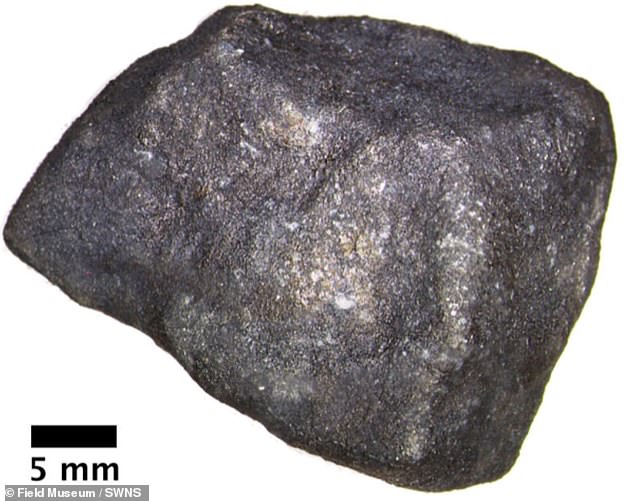 Philipp Heck, a curator at the Field Museum in Chicago which led analysis on the rock says: ‘These kinds of organic compounds were likely delivered to the early Earth by meteorites and might have contributed to the ingredients of life.’

While scientists do know that carbon-based compounds were instrumental in the development of life on Earth, knowing where they came from remains a mystery.

Some theories say they were belched out from deep inside the Earth while others contest they likely landed on our planet from another world via meteorites.

Life itself was not found on the rock, but materials which, given the right conditions, could create life.

Scientists benefitted from the public furore following the event as it meant the rock fragments were rapidly tracked down and retrieved.

This ensured they remained relatively clean and unsullied by Earth’s microbe-rich dirt, allowing for a truer picture of the meteoritie’s contents.

‘This meteorite is special because it fell onto a frozen lake and was recovered quickly. It was very pristine,’ says Dr Heck.

‘We could see the minerals weren’t much altered and later found that it contained a rich inventory of extraterrestrial organic compounds.’ 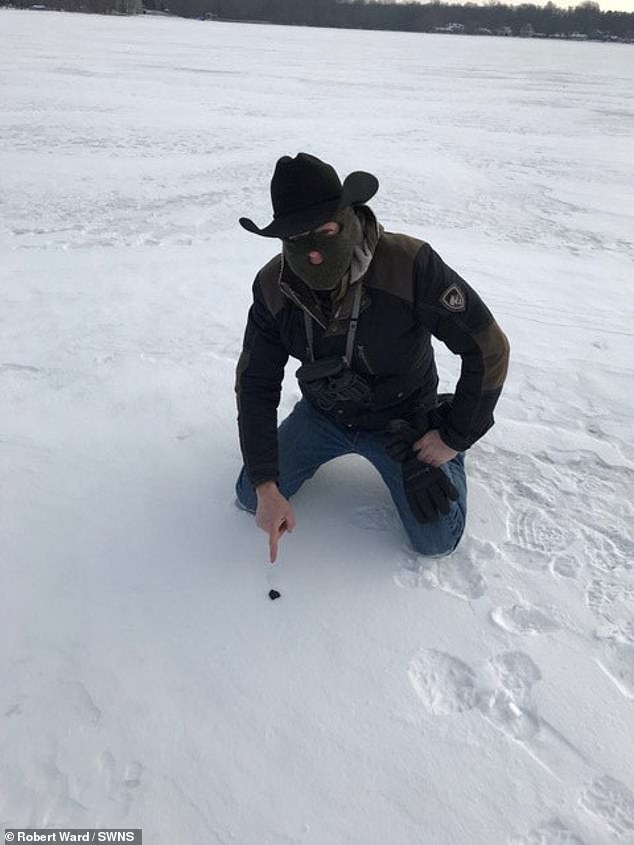 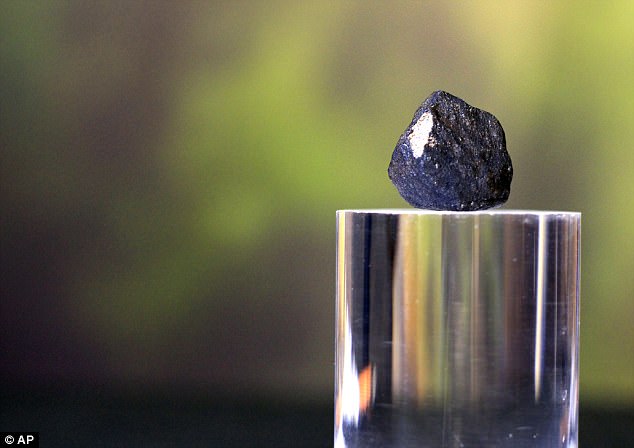 A piece of the meteorite sits on a display during a press conference, Friday, Jan. 19, 2018, at the Longway Planetarium in Flint, Michigan. Scientists now know it contains organic compounds 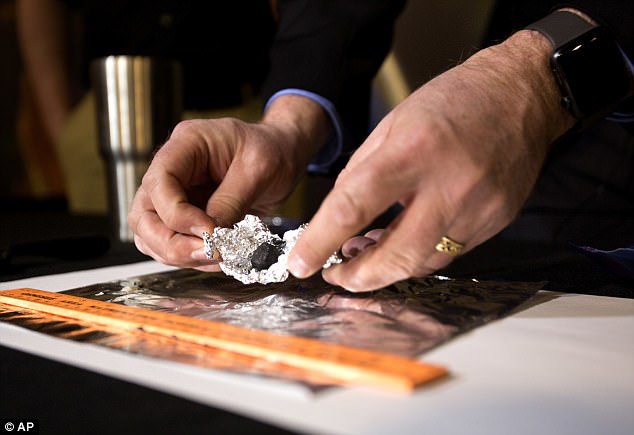 WHAT WAS THE MASSIVE FIREBALL THAT SOARED OVER MICHIGAN?

The American Meteor Society says it received hundreds of reports of a fireball on the night of Tuesday January 16 over Michigan, including many in the Detroit area.

Footage of a meteorite falling from the sky was captured by a number of residents throughout Michigan and further afield that evening.

A bright light, understood to be the soaring fireball exploding above Michigan, was seen as far away as Chicago and even across the border in Canada.

The United States Geological Survey said the equivalent of a 2.0-magnitude earthquake struck the area at the same time..

This would suggest it came crashing down to earth, but there has been no official confirmation of this yet.

By the end of the week, meteorite hunters who flocked to Detroit from across the U.S. after a meteor exploded had begun to find the fragments.

The 6-foot-wide meteor broke apart Tuesday about 20 miles over Earth, NASA scientists said. Most of the fragments landed in Hamburg Township.

The rock blazed bright as it burned up in Earth’s atmosphere and broke up, but it was large enough that many of its pieces remained in tact when they landed.

Smaller meteors disintegrate completely until nothing is left by the time it approaches Earth’s surface.

But the pieces of the 2018 rock were so large they could be tracked by weather systems normally used to predict and follow rain and hail.

‘Weather radar helped show the position and velocity of the meteorite. That meant that we were able to find it very quickly,’ Dr Heck says.

Within two days an eager meteorite hunter, Robert Ward, had tracked down the first piece on the frozen surface of Strawberry Lake, near Hamburg, Michigan and entrusted it to the Chicago Field Museum.

The short period of time it took for the rock to be found provides an invaluable research opportunity.

‘Because there was so much excitement surrounding it, everybody wanted to apply their own technique to it, so we have an unusually comprehensive set of data for a single meteorite,’ says Ms Jennika Greer, co-author of the research and a scientist at the University of Chicago.

The research found that, apart from the cacophony of organic compounds, the rock is a rare form of meteorite, called a H4 chondrite.

The findings are published in the journal Meteoritics & Planetary Science.

Explained: The difference between an asteroid, meteorite and other space rocks

Ecstasy, LSD and magic mushrooms: are these drugs the future of therapy?

‘A need to go further’: Labour warns government against complacency over vaccine rollout