MANILA (PHILIPPINE DAILY INQUIRER/ASIA NEWS NETWORK) – Micro, small and medium enterprises (MSMEs) account for more than 90 per cent of businesses in the Philippines.

It follows, according to think-tank Moody’s Analytics, that they would suffer the most from a prolonged economic recovery from the pandemic, exacerbating the hardships they have been going through since the onset of the recession last year.

In the sobering assessment of Moody’s Analytics’ chief Asia-Pacific economist Steven Cochrane, in his recent report titled APAC Outlook: The Long And Winding Road, said: The longer the recovery, particularly if fiscal support has been modest, as in Indonesia, the Philippines and Thailand, there is a greater chance of long-term scarring. And this could be particularly evident among industries with a large share of small- and medium-sized enterprises.”

The government has extended wage subsidies to workers and offered loans to help MSMEs survive, but, as Moody’s noted, fiscal stimulus has been meagre despite the government having incurred ballooning debt to contain the pandemic and pay for measures meant to mitigate the public health and economic crises.

One indicator of the pandemic’s adverse impact on MSMEs is the rising number of workers in the sector who have lost their jobs.

The state planning agency National Economic and Development Authority disclosed that despite an easing in the March unemployment rate, the Philippines remained the worst job market in emerging Asia, with the biggest share of the unemployed to the labour force.

The government reported a jobless rate of 7.1 per cent in March this year. It was the lowest since April 2020, when the unemployment rate hit a record 17.6 per cent. This is equivalent to 7.2 million jobless Filipinos, as two-thirds of the economy closed from mid-March to May as part of the longest and most stringent Covid-19 lockdown in the region.

However, the National Capital Region and nearby provinces were again placed under enhanced community quarantine (ECQ) for two weeks and then to modified ECQ in April this year, and this could reverse the employment gains made as of March 2021.

The overall economy has to grow for MSMEs to recover somehow. But private economists are pessimistic. Moody’s is expecting the Philippines’ gross domestic product to grow this year by only 5.3 per cent – below the government’s goal – due to rising inflation and expectations that high unemployment will persist.

The Philippines, it said, “remains the laggard, with a third quarter 2022 transition to expansion as it suffers problems on many fronts, such as its lack of effective testing and tracing – even during extensive and very strict quarantine periods that still remain in Metro Manila and neighbouring provinces”.

The difficult environment is complicated by other issues such as “the Philippines’ modest fiscal policy support and fewer linkages to export markets in China and elsewhere”.

The fiscal support problem is apparent in the now-expected delay in the passage of the Duterte administration’s stimulus plan called Bayanihan 3, or House Bill No. 9411 (Bayanihan to Arise as One).

It could pass its third and final reading in the House of Representatives this week, but its counterpart measure in the Senate has not moved forward and Congress is scheduled to adjourn on June 5.

The 401 billion peso (S$11 billion) relief package seeks to give two cash aids of 1,000 pesos each to every Filipino to help ease their economic pains due to the pandemic.

The amounts may not be enough to help everyone in the MSME sector, but, at this point, these are better than not getting anything at all.

Entrepreneurs, on the other hand, will need more than just financial assistance from the government.

Consumer demand, the lifeline of these enterprises, needs to start picking up. However, the sector will see signs of renewed life only when the whole economy starts revving up and begins generating jobs and consumer spending once again.

While Covid-19 cases have slightly eased, the country is certainly not out of the woods, and the government will have to continue wrestling with ways of reopening certain segments of the economy, particularly tourism and construction (two high job-generating industries), without putting the fragile health system once again in the critical zone and economic hubs back in severe lockdown mode.

Absent adequate and timely relief for MSMEs as the economy struggles to find its footing, there is only so much the country’s entrepreneurs can take before they are forced to throw in the towel.

The spectre of “long-term scarring” is an impact neither the sector nor the larger economy can afford. 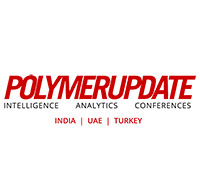 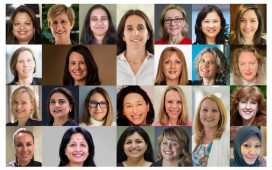 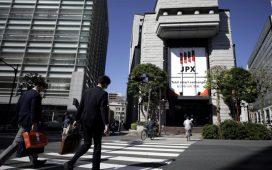