Fiji will contribute 50 troops to an Australian-led peacekeeping force in Solomon Islands after anti-government rioting that razed parts of the capital, Honiara, the Fijian prime minister, Frank Bainimarama, has said.

The Fijian contingent will lift the number of peacekeepers to about 200 troops and police officers, mostly Australian with a contribution of at least 34 personnel from Papua New Guinea.

“Out of concern for the safety and wellbeing of our Pacific sisters and brothers in the Solomon Islands, 50 Fijian troops will dispatch to Honiara tomorrow as part of [a] reinforced platoon embedded with Australian force elements to help maintain peace and security,” the Fijian PM tweeted.

The Solomons crisis erupted last week with three days of deadly rioting in Honiara blamed partly on poverty, hunger and frustration with government policies in the Pacific island nation of 800,000.

During the riots, which claimed at least three lives, mobs attempted to torch the prime minister’s private residence and parliament before being dispersed by police firing teargas and warning shots.

The Fiji deployment comes as Honiara residents continue to clean up the shattered capital, where much of the Chinatown area was burned down.

A curfew was imposed on the capital on Friday after a third day of violence that saw Solomon Islands prime minister Manasseh Sogavare’s home attacked and parts of the city burned.

In an address to the nation on Sunday, Sogavare condemned the attack on his home, vowing not to step down.

“This was designed to pressure me into resigning … however the principles of democracy and the rule of law must always be protected. I was elected as your prime minister to be a steward and protector of these vey principles, upon which our democracy is built on, and I will continue to defend it.”

Sogavare said the cost of the damage from the unrest was more than $200m.

Sogavare blamed the protests on foreign interference over his government’s decision to switch diplomatic recognition from Taiwan to Beijing. In 2019, Sogavare angered many, particularly leaders of Solomon Islands’ most populous province, Malaita, when he cut diplomatic ties with Taiwan. Some have also blamed the latest unrest on complaints of a lack of government services and accountability, corruption and foreign workers taking local jobs. 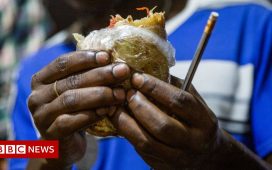 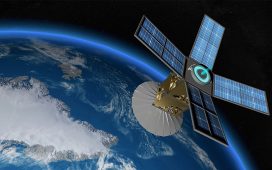