The Federal Government has on Saturday partially closed the Third Mainland Bridge to allow for rehabilitation works after site inspections of traffic architecture assessments.

In a report by the News Agency of Nigeria, work began at midnight of July 24 as workmen use crash barriers to barricade the outbound mainland traffic on Adeniji Adele junction.

They were said to had went on to line more barriers and signage on various other sections blocking off a section of the Oworonshoki bound carriageway.

Supervising the closure, the Federal Controller of Works in Lagos, Mr Olukayode Popoola was reported saying that the traffic management and diversion architecture had been perfected at an earlier stakeholder meeting on Friday.

Popoola explained that vehicles outbound the Lagos Island, at peak periods in the morning, would use alternative routes while the Island inbound lane would take the traffic.

He stated that at the peak periods in the evening, vehicles coming out of the Island would drive up till the Adeniji Adele junction before they could be diverted for about 3.5 kilometres, then return to their normal lane.

The controller furthered that the repairs are being carried out between Adeniji Adele Junction and Ebute Meta area of Lagos and would last for three months in the first phase.

He said when the work is completed, the same process would be replicated for another three months on the Island-bound carriageway.

He said that the preference was for high traffic in and out the Lagos Island at peak periods.

He added that all the angles of diversion on the various points had been perfected to ensure smooth switches.

Popoola said that more diversion signs were being distributed across pathways.

He appealed for lane discipline on the part of motorists to ensure smooth movement on the bridge and all alternative routes.

“We are standing at Adeniji Adele junction, where we have one diversion, now that we have partially closed the bridge.

“If you are coming in the afternoon after the close of work and you want to use the lane that you used to go to work in the morning, this is the point where you will divert.

“You will divert to the lane that is coming from Oworonshoki.

“So, after you have covered about 3.5 kilometres stretch where we are working on, you now divert to your normal lane; that is, the lane where we are carrying out repairs.

“People that are coming from Adekunle when there is no problem could ramp up to use the lane to enter the Third Mainland Bridge.

“We have perfected angles of diversions.

“The width we have now is about 23 metres and we have put the signage to help motorists know that there is diversion ahead,’’ he was quoted.

He advised motorists to restrict non-essential activities on the Island within the period of the partial closure to reduce pressure on the roads.

“My advice to motorists from this morning is that if they need to come to the Island they should obey traffic rules and regulations.

“They should also use mapped out alternative routes so that there will not be any break down of law and order,’’ he said.

Popoola added that traffic regulatory and law enforcement agencies would be on the ground to deal with both issues of gridlock and security on the highway during the six months repairs period.

Stakeholders, including the federal and state government officials had on Friday morning at a meeting agreed on how to remove hitches to the traffic management design.

Thereafter, they proceeded on inspection of the bridge to redesign some angles for diversion.

The Director, Federal Highways in South West, Mr Adedamola Kuti, had assured motorists that measures were on ground to avert stress but emphasized the need for lane discipline.

Kuti said that expansion joints would be replaced between Adeniji Adele up to Ebute Meta section on the bridge.

He explained the traffic architectural design for both the morning and afternoon belts between Ilubirin through Carter Bridge and other alternative routes.

“The third mainland bridge will be available for traffic at the peak periods in the morning and in the evening.

“So, the few vehicles that would be going off-peak would use all the alternative routes,’’ Kuti said.

The Lagos State Commissioner for Transportation, Dr Fredrick Oladeinde, assured that the diversion would affect only 25 per cent of traffic using the bridge.

Oladeinde said that 10 published alternative routes and water transportation available options would absorb the shocks, adding that there was no need to panic.

He assured that adequate measures were in place to avert gridlock and stress on the highway during the period of the closure.

The traffic experts both reeled out statistics of huge 24 hours personnel deployment on various routes to avert gridlock.

Recall that that the third mainland bridge was last shut in August 2018 for a three-day investigative maintenance check.

The 11.8km bridge is the longest of the three bridges connecting Lagos Island to the Mainland.

The bridge starts from Oworonshoki, which is linked to the Apapa-Oshodi Expressway and the Lagos-Ibadan Expressway and ends at the Adeniji Adele Interchange on Lagos Island.

Constructed in 1990, the bridge was adjudged as the longest in Africa until 1996 when the Oct. 6 Bridge in Cairo, Egypt was completed. (NAN) 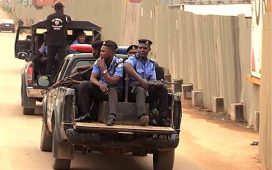 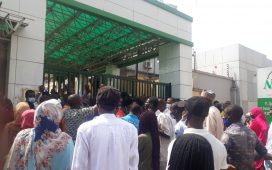 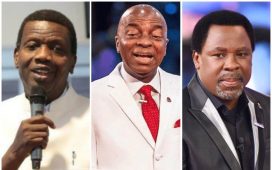 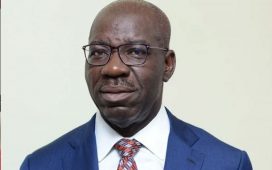 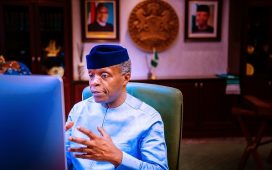