Fewer than 5% of COVID-19 infections are acquired in schools, Canadian simulation study finds


A small percentage of coronavirus infections are acquired during the school day, a new study suggests.

Researchers conducted several simulations and found fewer than five percent of COVID-19-related illnesses among students and teachers occurred at school and that most cases were contracted within the community.

The team, from Public Health Ontario, in Canada, says its findings show that local and state governments should take other measures other than school closures to reduce the spread of COVID-19.

It comes just two weeks after the Centers revised its recommendations, saying students could sit three feet apart as opposed to six feet and allow millions of more pupils to return to schools

Researchers compared school reopenings and no school reopenings in three scenarios: one with no measures in place (far left) ; one in which mitigation measures reduced non-household contacts by 40% (center); and the third with measures that resulted in new infections increasing 0.8% per day (far right) 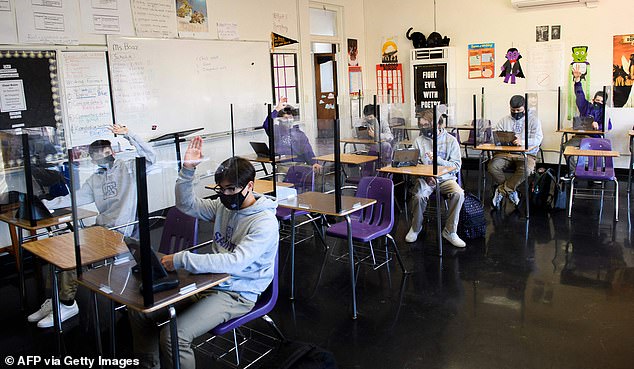 School-acquired coronavirus infections made up 3.15% of all cases in the first scenario, 4.19% in the second and 2.37% in the third. Picturde: Students attend an in-person English class at St Anthony Catholic High School in Long Beach, California, March 24

For the study, published in JAMA Network Open, the the team created a transmission model using a population of one million based on the characteristics of the population of 14.5 million people in Ontario, Canada.

Members of the population were randomly assigned to households, neighborhoods, city or rural regions, classrooms, day cares and workplaces.

A total of 150 individuals were selected at random to be infected with COVID-19 and could be exposed any placed they worked, lived or went to school.

Infected individuals were unable to transmit the virus during a four-day latent period, after which they became contagious, emulating real-life illnesses.

For the model, the researchers looked at the incidence of cases that occurred after schools reopened in Ontario on September 15, 2020.

There were two openings scenarios, one in which day cares and schools did not reopen on that day and another in which they reopened, but with several measures in place.

This included capping class sizes, students staying in one classroom during the day rather than changing classrooms, universal masking and students attending in-person learning on alternating weeks.

At the same time, the researchers ran three community based scenarios: one with no measures in place; one in which mitigation measured reduced non-household contacts by 40 percent; and the third with measures that resulted in new infections increasing 0.8 percent per day.

The model found that in the scenario in which schools reopened but no measures were in place, there 493 infections in schools compared to 15,892 in the community.

In the scenario in which schools reopened, but there were limited non-household contacts, there were 421 school infections compared to 9,643 in the community.

In the final scenario of reopened schools and few new infections, there were 167 COVID-19 illnesses at school and 7,265 positive case in the surrounding area. 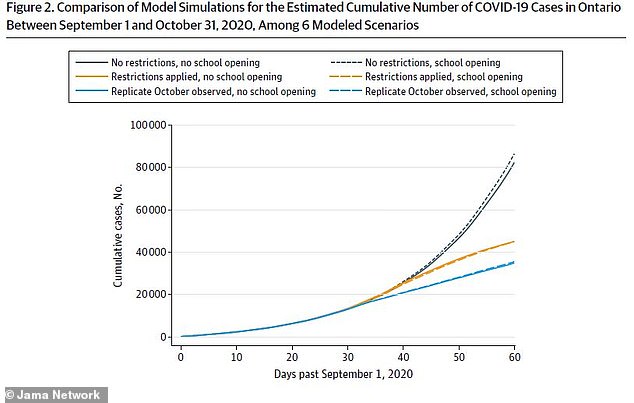 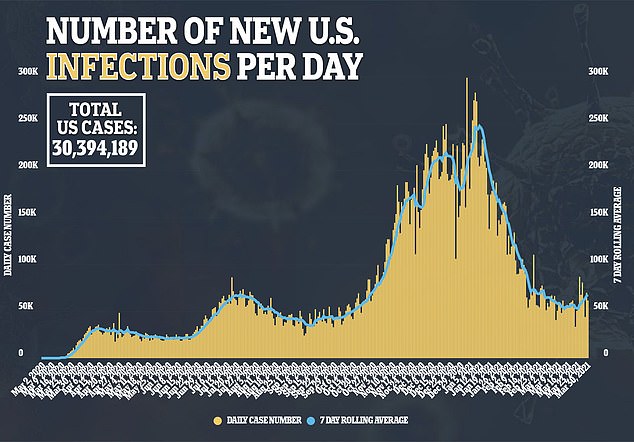 ‘The findings of our decision analytical modelling study indicate that school reopening…[found that] most infections among students and staff were estimated to be acquired in the community rather than within schools,’ the authors wrote.

‘In our simulations, we show that..restricting gatherings, limiting workplaces to essential workers, and reducing transmission between contacts had a much larger effect in our simulations on reducing incident or cumulative COVID-19 cases than keeping schools closed vs reopening them.’

The team added that the modest reduction in cases by closing school should be weighed against the adverse effects this could have on children. 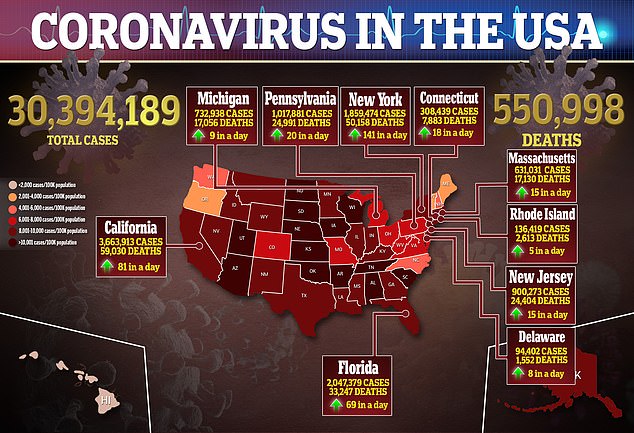 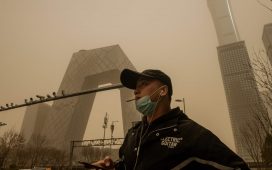 Smokers are lighting up more due to pandemic stress – survey 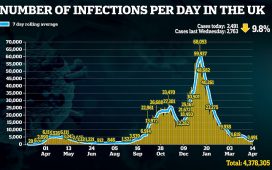 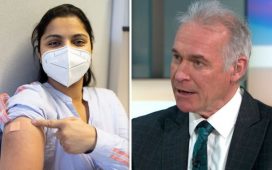 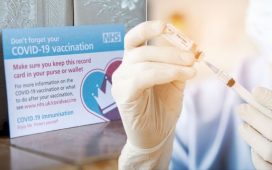 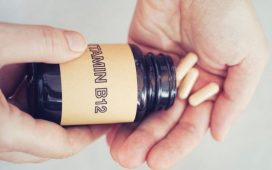 What are the symptoms of a vitamin B12 deficiency? Full list of 10 common signs