NEWSCABAL
Home » Feeling lonely? Film, music, art and more that will put you in good company
arts and design

Feeling lonely? Film, music, art and more that will put you in good company

Accept no slow acoustic covers – there are not enough Greatest Songs of All Time playlists out there to adequately contain the magnificence of Robyn’s original heartbreak hit Dancing on My Own. Watching on as an ex-partner finds new love in the club, the Swedish songwriter finds a bittersweet haven in the euphoria of dance, weaving a gossamer thread between joy and despair. It set the blueprint for a whole new school of sad-banger pop but, 11 years on, nobody has quite managed to ascend to Dancing on My Own’s cathartic heights. Pour a glass, play it loud and hug yourself tight: you deserve this. Jenessa Williams

If you had said 10 years ago that one of the most moving cultural meditations on solitude of the 2010s would be an animated series about a horse, you would surely have been met with neigh sayers (sorry). And yet BoJack Horseman was all that and more, its cartoon exterior merely a vessel for a soul-shredding story of fading fame, guilt, grief and addiction. Nowhere was this more evident than in the series three episode Fish Out of Water – an almost wholly silent, almost entirely underwater episode that says so much while saying so little.
Hannah J Davies

In Hunger, Knut Hamsun’s unnamed narrator wonders the wintry streets of Kristiania (now Oslo), experiencing the terrible isolation of being alone among crowds of people. He can’t connect. He loses all feeling towards society. When he encounters others, he is met with indifference. His only real companion is hunger. He sucks a stone, chews on wood shavings, tries a brown old piece of orange peel. He nearly eats the pencil with which he tries to scratch out a living as a journalist. He nearly eats his own finger. He nearly loses his mind. He feels like “a solitary beacon on a rock in mid-sea, whilst the tides rush and roar about it”. It is a desperate, prolonged scream of a novel. Sam Jordison

Edvard Munch’s Self-Portrait With a Bottle of Wine is the loneliest self-portrait I know. Munch sees himself, and is not happy. He is by himself in what looks like a good restaurant, in a neat suit, the table laid for one, well into a bottle of wine. Earlier artists had portrayed Romantic solitude as something liberating but for Munch it is just emptiness. He looks at himself with self-knowledge, wondering how it came to this. The other people are far away, disconnected from him. The bottle is handy. And he observes the whole sad story as if he stood apart, watching his predicament. Jonathan Jones

In the wake of the 2008 financial crash, the movie business found a creative way to cut budgets – a whole series of movies with a single actor on screen. (Among other examples, Ryan Reynolds found himself hostage in a coffin in Buried; Sandra Bullock spent most of Gravity in solo orbit.) But the purest expression of loneliness I’ve ever seen on film came with a love story made long before that: Rainer Werner Fassbinder’s aching German melodrama Fear Eats the Soul. The solitude of the 60-year-old widow Emmi was the everyday kind: a sad, subtle pang you sense she only registered herself when it was ended by Ali, a younger Moroccan man with whom she starts a relationship. But for both, isolation still has a way of gnawing even as a couple. The film is a high-wire act – two people each teetering above a sheer, lonely drop. Danny Leigh

‘He was searching for beauty’: Roy DeCarava’s widow remembers a master photographer 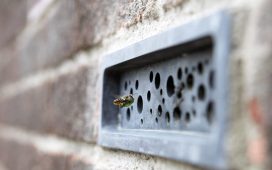