Environmental campaigners have raised concerns about potential contamination of the drinking water supply during the construction of the HS2 high-speed rail link, after the company was ordered to disclose internal documents that provide frank assessments of the risks.

The documents were revealed following a battle lasting more than two years. Green party member Sarah Green unsuccessfully tried freedom of information requests and the information commissioner to gain access to the internal analysis of risk to water supplies from the HS2 project before a tribunal ruled in her favour, ordering the rail company to disclose three unredacted water risk assessments to her.

These documents reveal that six public water sources, including at Blackford and Northmoor in Hillingdon and West Hyde, Amersham, Chalfont St Giles and Little Missenden in Buckinghamshire, may need additional treatment works. Some may need to close during construction and others are awaiting planned closures.

HS2 said it acknowledged the potential risks to the water supply and was putting appropriate mitigation measures in place.

The campaigners said this could result in the public receiving more heavily treated or processed water through their taps, or of aquifer water that is piped into the homes of millions of people being replaced by treated surface water.

The documents also show there is uncertainty about precisely what the impact of some of the construction work will be on some parts of the water supply.

One of the documents – a groundwater assessment relating to the construction and operation of the Chiltern tunnel, a 16km tunnel that will carry HS2 beneath the M25 – finds there is a risk of migration of grout or cement that could impact on water quality and that some of the work could potentially reduce yields of public and private water supplies.

The report into options for mitigation of the effects of piling on ground water states that the nature and extent of construction activities where water is abstracted makes the creation of chalk turbidity “inevitable”.

“Due to the high risk and high uncertainty mitigation will therefore be required to manage the potential effect of chalk turbidity on public water supplies,” the report states.

It adds that one of the water companies in the area where construction work is being carried out, Affinity Water, “has concerns that even small changes in the influx of lake or gravel water to the abstraction borehole could have significant effects on water quality”.” The company abstracts 69m litres of water per day.

The Environment Agency approved environmental aspects of HS2’s plans relating to construction of the Chiltern tunnel on 23 April.

A spokesperson said: ”The Environment Agency does not grant planning permission for HS2 works. This is the responsibility of the relevant local planning authority. However, we are responsible for issuing consent relating to matters on land drainage, flood defence, water resources and fisheries. We take this responsibility very seriously, as well as the protection of the wildlife and ecosystems around HS2.”

Carolyne Culver, the Green party candidate for the Chesham and Amersham parliamentary byelection said: “First HS2 came for the ancient woodlands, farmers’ land and people’s homes and now it’s coming for our drinking water. The government is risking public health for this vanity train-set whose paper-thin business case evaporated when Covid came along.”

A spokesperson for Affinity Water previously told the Guardian it had taken “significant steps” to protect water sources in the area from harm.

A freedom of information response obtained by the Guardian from Natural England reveals that 38 different licences have been granted to HS2 to carry out activities in areas including Uxbridge, Northamptonshire, Solihull and Buckinghamshire. The majority of licences relate to bats but permits have also been granted in areas where there are badgers, great crested newts and the hazel or common dormouse. The permits include mitigation licences in areas where trees used by bats will be felled.

A spokesperson for HS2 said: “All of our ecology work is carried out in accordance with the law and is designed to minimise disturbance to wildlife, including bats, badgers and great crested newts. Where required, licences from Natural England ensure that we have the right safeguarding in place to protect wildlife species, professionally qualified environmental staff are on site during operations, and all works are overlooked by an ecological clerk of works.

“Ensuring the continued supply of high quality of drinking water from the chalk aquifer is an absolute priority for HS2 and we continue to work closely with Affinity Water and the Environment Agency throughout construction to ensure any risks are managed appropriately. We have always understood and acknowledged the potential risks of our work and we have spent over £100m on providing precautionary protection to public water supplies, to the satisfaction of the Environment Agency and Affinity Water.”

Separately, Thames Water has been fined £4m after untreated sewage escaped from sewers below London into a park, woodland and the Hogsmill River in New Malden. The Environment Agency described it as a “catastrophic incident”.

Thames Water pleaded guilty to depositing the sewage waste in the incident in February 2016. Since 2017, the water company has been fined £28.4m for 10 separate cases of water pollution. 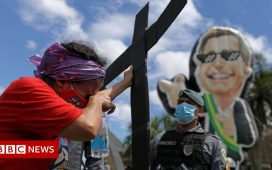 Covid: Brazil's Bolsonaro 'should be charged with crimes against humanity' 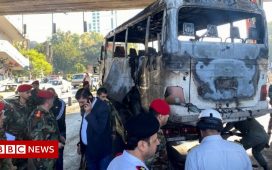 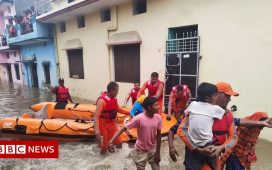 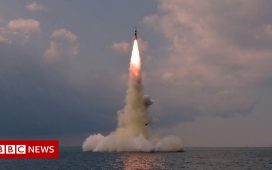