Pakistan will allow private companies to import coronavirus vaccines and has exempted the vaccines from price caps in a divisive move that health experts fear will create vast inequalities in access.

The country has been scrambling to secure vaccine supplies but so far only the Chinese-made Sinopharm treatment is being deployed. This month 500,000 doses were donated to Pakistan.

Like many other countries, Pakistan has been relying on the Gavi/World Health Organization Covax vaccine initiative, but has yet to receive any of the 17m doses it is expecting.

The cabinet granted permission for unlimited imports of coronavirus vaccines, which could be sold to customers. No price cap was set.

Fawad Chaudhry, a federal minister in the cabinet, said if the private sector was not included in the vaccination drive it would be impossible for Pakistan to vaccinate its population of more than 220 million.

“The cabinet has given permission for unlimited imports,” Chaudhry said. “For those that can afford the vaccine, we are allowing the private sector to use this business opportunity. For those people who cannot afford the vaccine, the government will arrange it for them. This will result in an effective vaccination drive.”

Responding to concerns about the lack of a price cap, Chaudhry said attempts to “control the market” when the private sector was involved “almost always fails”.

The Sputnik vaccine will be the first to be available for commercial sale, with plans for a shipment to arrive next week to be distributed by a private lab. The vaccine, which requires two doses, will be sold for $10 (£7.20) a jab.

The decision not to put a cap on the commercial sale price appeared to divide the government. Faisal Sultan, a special assistant to the prime minister on health, said “the price cap could not be fixed at this time since no reference price is available for this to set a number”. However, he said that “once the vaccine is available, the price cap will be fixed”.

A health official working with the ministry of national health services said negotiations were ongoing with different countries about a limit on pricing. “It’s not possible to have vaccine approval in Pakistan for commercial use without strict regulations on price,” he said.

Mohammad Iqbal Khan, a professor at Shifa Tameer-e-Millat University, said the introduction of the private sector into Pakistan’s vaccination drive risked making vaccines accessible only to the wealthy and well-connected.

“It depends on the government and how they go for the vaccination drive and its execution,” he said. “The government has to be very clear on this matter. It should focus on its large poor population. Due to rising inflation and poverty, around half of Pakistan’s population struggles with basic needs. Health itself is a fundamental right. The government should ensure everyone gets a vaccine.”

Pakistan’s limited vaccination drive has also been hindered by widespread vaccine hesitation. According to government records, only 33,000 healthcare workers have so far been vaccinated.

As one of only two countries in the world still grappling with polio, there is a huge amount of anti-vaccine propaganda, particularly in poorer rural areas.

A doctor at Lady Reading hospital in Peshawar said that on the first day of the vaccination drive about 300 health workers were supposed to receive a jab but only about a dozen did so.

“Many people are refusing vaccinations,” he said. “People here say this is a Chinese vaccine and so it is a fraud and will have impacts on their health.”

Khan said authorities must avoid a repeat of their failures over polio. “If the government fails to take it seriously, like polio, it [Covid] can live for ever,” he said. “The government has to plan very carefully.” 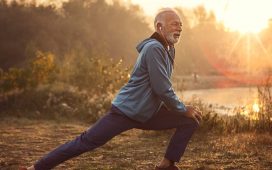 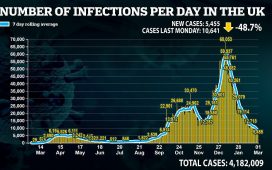 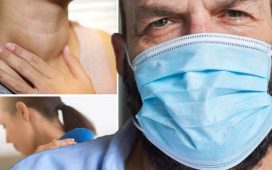 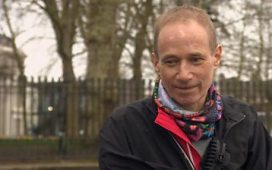 Prosthetist fundraising £300,000 for a bionic arm after cycling accident