(Reuters) – The U.S. Food and Drug Administration said on Monday three deaths had been reported related to Edwards Lifesciences Corp’s recall of some of its heart devices.

The agency said the company’s voluntary recall of its IntraClude intra-aortic occlusion device in May has now been classified by the FDA as Class I.

Class I recall is the strictest form of recall issued by the FDA, where use of faulty devices may cause serious injury or death.

The FDA said that recall affects more than 750 devices in the United States.

The recall was due to a risk of balloon rupture during use of the devices, the FDA said here, adding the company received 22 complaints related to the device.

“Edwards takes the safety of patients very seriously”, said Sarah Huoh, a spokeswoman for the company, “As we look into this matter further, we are collecting all products back from customers.”

The IntraClude intra-aortic occlusion device is used in patients undergoing cardiopulmonary bypass, where the device temporarily takes over the functions of the heart and lungs during surgery.

READ  ‘Beyond insane’: why one woman fears no-deal Brexit could kill her 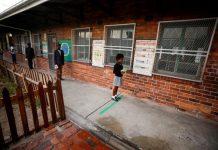