(Reuters) – The U.S. Food and Drug Administration said on Thursday the recall of Edwards Lifesciences Corp’s Sapien 3 Ultra delivery system was classified as the agency’s severest, sending shares of the medical device maker down 3%.

The system is used to deliver and deploy a transcatheter heart valve to replace a diseased aortic valve without open-heart surgery.

In July, Edwards sent a safety notice to customers and doctors, recommending that the balloon in the delivery system be inflated slowly and continuously when deploying heart valve, to avoid rupture.

The FDA uses the term “recall” when a manufacturer takes a corrective action or removes a problematic a medical device from market that violates its law. A recall does not always mean that customers must stop using the product or return it to the company.

The agency said that burst balloons during implantation procedures resulted in significant difficulty in retrieving the valve into the catheter and withdrawing the system from patient’s body. (bit.ly/2MzmXuG)

Edwards initiated the corrective action in July after receiving reports of 17 injuries and one death.

The recall affects 1,585 heart valve delivery systems, the FDA said. However, Edwards said the recall was immaterial to the company’s revenue forecast.

The FDA’s decision to classify the issue as a Class I recall should not be viewed as a new issue or an escalation of the problem, rather it is an acknowledgement of its severity, Jefferies analyst Raj Denhoy said in a note.

Last week, the company’s Sapien 3 And Sapien 3 Ultra heart valves were approved by the agency for use in patients at low-risk of death linked to such surgeries.

Reporting by Manojna Maddipatla in Bengaluru; Editing by Shinjini Ganguli

Loud snorers can damage the health of partners by increasing their blood pressure, scientists warn

Dementia care: This sign in your walk could identify your risk of the condition

Heart attack symptoms: Does this part of your body get cold? It may signal you are at risk 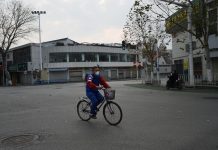