A Norman man was sentenced Friday in the Northern District of Oklahoma for leading a ring of online money launderers.

After pleading guilty in November to conspiracy to commit money laundering, Afeez Adebara was sentenced to four years in prison for his role in heading an online Nigerian romance scam that defrauded victims of at least $2.5 million. The sentencing closes an FBI probe that included the sentencing of six others — four of which were also Norman residents.

“Afeez Adebara led a group of money launderers who bilked unsuspecting victims out of their hard-earned retirement and savings accounts as part of a Nigerian romance scam,” said Acting U.S. Attorney Clint Johnson. “This con artist and his cohorts have been brought to justice thanks to the work of the FBI and federal prosecutors Babasijibomi Moore and Chris Nassar.”

According to the FBI, Adebara coordinated with overseas co-conspirators who posed as U.S. residents working or traveling abroad.

The fraudsters contacted their victims, who included elderly women, through dating sites and social media, posing as romantic interests. Scammers would then tell their victims they had a financial crisis and would ask for increasingly larger sums of money and property.

After taking a commission for himself, Adebara directed the remainder of the funds back to Nigeria.

Upon sentencing, he was ordered to pay more than half a million dollars in restitution to victims. 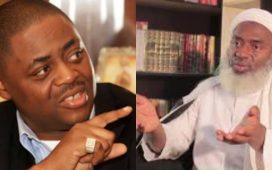 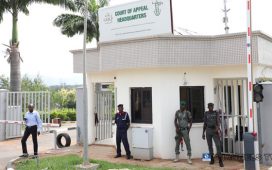 Why we ignored fresh dialogue with bandits – Matawale