In an interview with McClatchy, Dr Anthony Fauci said so many variants have emerged during the pandemic that he fears a strain more serious than the Indian ‘Delta’ variant could be on the horizon.

He also predicted nation is ‘in trouble’ if more Americans do not get vaccinated and predicted that daily cases could double to over 200,000 per day in the coming weeks.

While the U.S.’s vaccine rollout is beginning to tick upwards due to fears about the infectiousness of Indian ‘Delta’ variant – after months of slow progress – much of the country is still vulnerable. 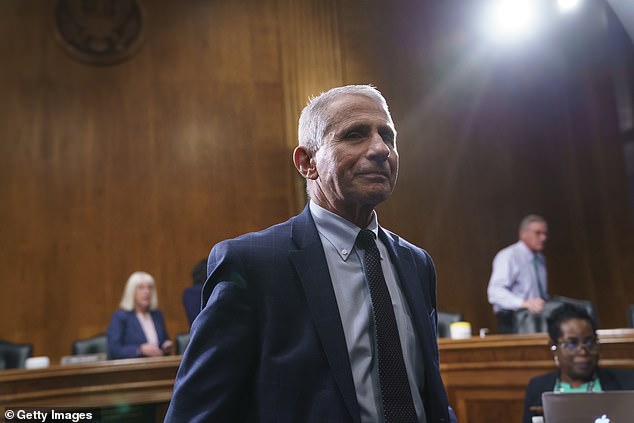 ‘What we’re seeing, because of this increase in transmissibility, and because we have about 93 million people in this country who are eligible to get vaccinated who don’t get vaccinated – that you have a significant pool of vulnerable people,’ Fauci, the director of the National Institute of Allergy and Infectious Diseases, told McClatchy.

‘And so when you look at the curve of acceleration of seven-day averages of cases per day, it is going up in a very steep fashion.’

Cases have been surging in the United States over the last month.

This is a 283 percent increase from the 23,613 recorded three weeks ago and the highest average since February 14, according to Johns Hopkins data. 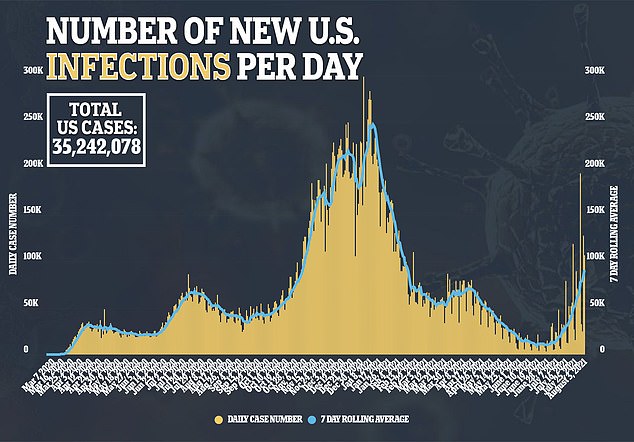 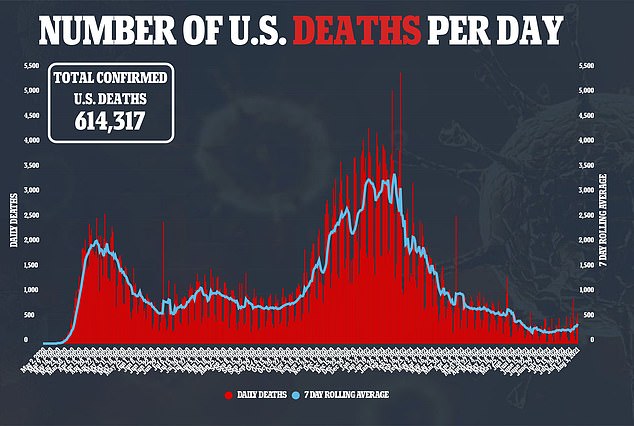 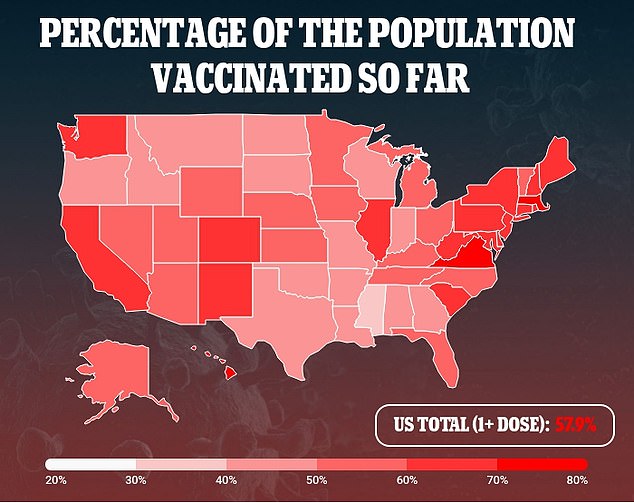 Fauci explained that those cases could quickly accelerate.

‘Remember, just a couple of months ago, we were having about 10,000 cases a day,’ he continued.

Almost all recorded cases in the U.S. are among unvaccinated people.

However, over time, the virus can mutate even further so it can infect more hosts as occurred with the Delta strain.

Fauci fears the virus can become more deadly over time, and even evolve to the point where it can bypass the currently available vaccines. 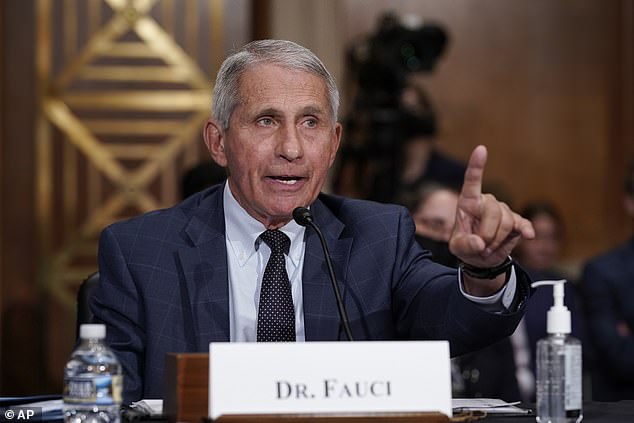 Fauci (pictured) said that unvaccinated Americans should get the shots, not just for their own safety, but for the safety of everyone

‘If we don’t crush the outbreak to the point of getting the overwhelming proportion of the population vaccinated,’ Fauci told McClatchy.

‘Then what will happen is the virus will continue to smolder through the fall into the winter, giving it ample chance to get a variant which, quite frankly, we’re very lucky that the vaccines that we have now do very well against the variants – particularly against severe illness.

‘We’re very fortunate that that’s the case. There could be a variant that’s lingering out there that can push aside Delta.’

He warned that a new mutation could be a big problem for the U.S.

‘If another one comes along that has an equally high capability of transmitting but also is much more severe, then we could really be in trouble,’ Fauci said.

‘People who are not getting vaccinated mistakenly think it’s only about them. But it isn’t. It’s about everybody else, also.’

Fauci’s concerns over the future match the feelings many Americans have about the current COVID situation. 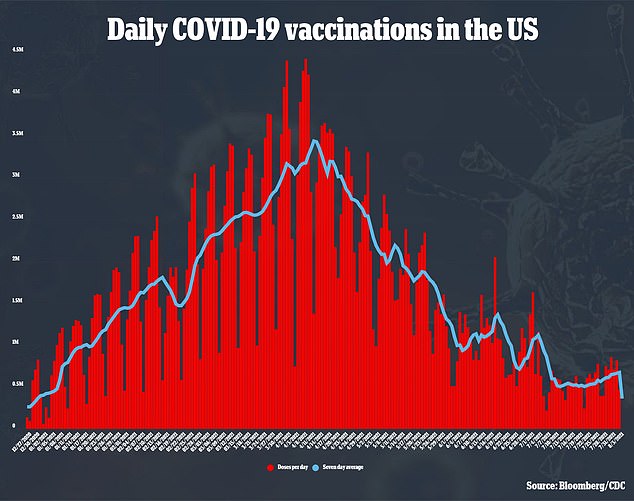 A recent Gallup poll found that 45 percent of Americans are now pessimistic about the future of the pandemic – a dramatic jump from three percent who said the same thing one month earlier.

More than 80 percent of Americans also believe the pandemic will last until the end of the year or longer, the poll shows.

As of Wednesday, 67.7 percent of eligible Americans – aged 12 and older- have received at least one shot of a COVID-19 vaccine, and 58.2 percent are fully vaccinated.

Vaccine demand hit its high in early April, when more than 3.5 million shots were being distributed each day.

It dropped for weeks on end and hit a low of under 500,000 doses administered a day last month.

Since the Delta-powered surge has hit full gear, vaccine demand is beginning to trend back upwards, with about 700,000 Americans getting jabbed every day. 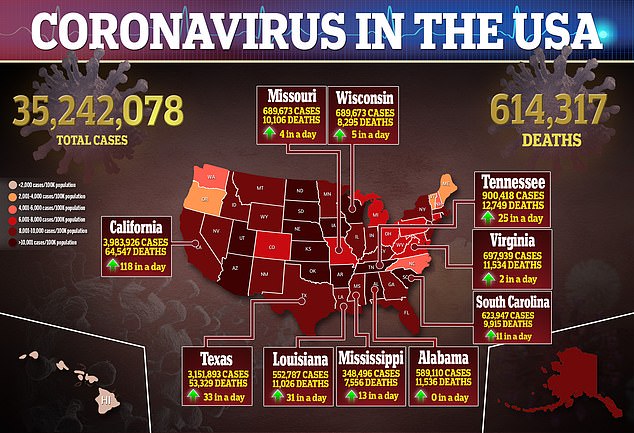 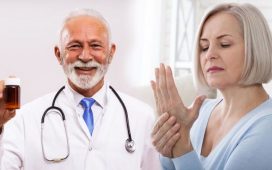 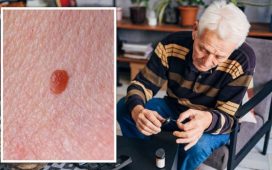 Type 2 diabetes: The minor growths on skin that could signal insulin resistance 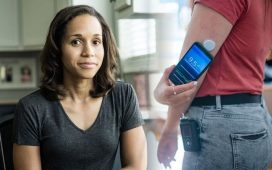