Boris Johnson urgently needs to produce a strategy that will enable British agriculture to cope with the “seismic” changes that will flow from the UK’s new liberalising trade deals, a leading farming lobby group has warned.

In a letter to the prime minister on Monday, National Farmers’ Union president Minette Batters demanded that the UK government invest more in helping British farmers sell into new markets in Asia, as well as protect them from imports made to lower environmental and welfare standards.

The plea for help came a week after the UK and Australia announced a trade agreement that includes a tapering to “zero tariff, zero quota” imports on Australian beef and lamb. The NFU has warned it could set a dangerous precedent for future deals and lead to the “slow death” of the British countryside.

Batters said the government had left British farmers in the “most extraordinary situation” of legislating for new environmental and animal welfare standards while negotiating trade deals abroad that would have a “profound impact” on markets.

“If we want to just raise standards here and not ask the same of other countries and import stuff that we’re not allowed to do here, that is against the law, then my goodness, that’s going to be seismic in its impact,” she said.

Liz Truss, the international trade secretary, has contested the NFU’s characterisation of the UK-Australia agreement, saying that it will open the door to new export opportunities in Asia, and that feared Australian beef imports would only displace some existing EU imports “over time”.

However, Batters said it would take five to 10 years to break into new markets, and called for urgent investment in the UK’s export promotion apparatus to match countries such as the Netherlands, which has 100 people focused on agricultural exports, or Australia with 22 full-time trade counsellors.

The UK, by contrast, had just two-full time agricultural counsellors paid for by a levy on farmers, Batters said, adding that unless the government put more “boots on the ground” then it was dealing only in “soundbites and rhetoric” on trade policy.

Nick von Westenholz, the director of EU exit and international trade at the NFU, added that even Australian imports could hit prices, even if only taking away trade from the EU. “If it is displacing imports from the EU, it will still put downward pressure on prices,” he said. 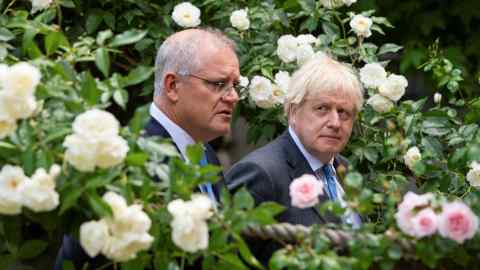 The NFU also warned that other countries, such as the US, Canada and New Zealand — which is looking to conclude a trade agreement with the UK by the end of August — were privately clear they now expected a similarly liberalising package to that granted to Australia.

“Talking to those other countries, they see it [the UK-Australia trade deal] as a precedent and they want the same,” Batters said.

Longer term, Batters said that failing to protect UK producers would undermine the UK’s food manufacturing sector, which relies on UK-made products and directly employs 440,000 people and is worth more than £120bn per annum to the economy.

Batters admitted that it was “proving difficult” for farmers to land their message with the UK government and that many NFU members were feeling betrayed, but the industry wanted to work with the government. “We need a government that stops doing PR and starts doing policy.”

See also  Exclusive: U.S. set to give Huawei another 90 days to buy from American suppliers - sources

The government did not immediately respond to a request for comment 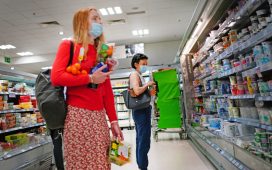 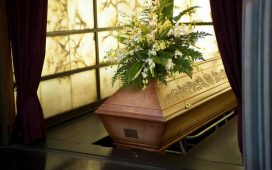