Farmers will be subsidies for environmental protections rather than the size of their farms after Brexit in plans set out by the Government.

The changes to agricultural policy, which will be brought in over seven years up to 2028, are being seen as the most significant change to farming and land management for England in more than 50 years.

A new roadmap from Government spells out how “direct payments”, paid out under the basic payment scheme for the amount of land farmed, will start to be reduced from 2021 on the way to being phased out by 2028.

The Government has committed to maintaining the £2.4 billion per year for farming over this parliament, but plans to halve the £1.8 billion paid in direct payments by 2024, with the biggest reductions in the highest payment bands.

The £900 million saved will go towards introducing an “environmental land management” (ELM) scheme which will reward farmers for sustainable farming practices, creating new habitats and even rewilding land.

There will also be funding for a farming investment fund, which will offer grants for equipment and technology such as robots and new infrastructure such as water storage on farms, and which will open from next year.

A resilience programme will help those most affected by the phasing out of direct payments to help farmers plan and manage their businesses, and there will be a consultation on lump sums for those who want to exit the sector altogether.

Environment Secretary George Eustice told the BBC: “We want to take this opportunity to change direction. To make more space for nature within our farmed landscape again.

“And to reward farmers in a different way for farming sustainably rather than just doling money out based on how much land they own.”

In a speech to farmers and environmental groups Monday, Mr Eustice stated: “We want farmers to access public money to help their businesses become more productive and sustainable, whilst taking steps to improve the environment and animal welfare, and deliver climate change outcomes on the land they manage.

“Rather than the prescriptive, top down rules of the EU era, we want to support the choices that farmers and land managers take.

“If we work together to get this right, then a decade from now the rest of the world will want to follow our lead.”

The new ELM scheme will be formed of three areas, the first of which is a sustainable farming incentive that will support measures such as improving soil health and hedgerows and reducing pesticides.

Some core elements of the incentive will be introduced from 2022.

It aims to go further than existing “cross compliance” requirements, which require farmers to meet certain environmental, welfare and health standards in order to receive subsidies.

The second area, local nature recovery, will pay for actions such as creating, managing or restoring habitats, managing floods through natural features and boosting wild species.

And thirdly there will be landscape recovery projects, which will fund large scale woodland creation, peatland restoration, or creation or restoration of coastal habitats such as wetlands and salt marsh.

It is expected that rewilding projects, which aim to restore natural processes to large areas of land, could be funded under the third area.

Officials want the new scheme to be more flexible and less prescriptive than the environmental schemes under the EU’s Common Agricultural Policy, in which farmers complained of inspectors measuring field margins with tape measures and penalising them if they were a few centimetres out.

There will also be moves to simplify and improve existing subsidy schemes while they continue, and efforts to cut red tape and design a more targeted regulatory system, the Government said.

A national pilot for the new environmental scheme is set to be launched in late 2021 and involve up to 5,500 farmers over a three-year period, with plans to roll out the overall programme in late 2024.

Mark Bridgeman, president of the Country Land and Business Association which represents 30,000 rural businesses, said the ELM scheme had the potential to “be a genuinely world-leading policy” but the transition was fraught with risk.

“Many farmers will find it hard to see past the drastic cuts to the basic payment scheme, that begin next year.

“The average family farm will see cuts of over 50% before the new schemes are fully available in 2024.

“The Government has announced the sustainable farming incentive to help bridge the gap, but with only a month to go before the transition phase begins, we have no details whatsoever about how this will work on the ground and the level of investment it will provide,” he warned.

Dr Richard Benwell, chief executive of environmental and nature coalition Wildlife and Countryside Link, said the elements of the ELM scheme could “stack up to be a really effective boost for environmental recovery”.

But he said: “To contribute to nature’s recovery, it’s vital that the Government sets a clear trajectory toward higher regulatory standards that every farmer will be expected to meet without subsidy, and how they will be fairly but firmly enforced.

“This should go hand in hand with plans to pay really well for farmers who go further and deliver extra enhancements for wildlife, habitats and public access to nature.”

He added: “Combined with uncertainty for farmers over exports, tariffs and standards in trade deals post-Brexit, there’s a foggy future for farming ahead.”

He urged the Government to give more clarity on the direction of travel and regulation.

National Farmers’ Union president Minette Batters told the BBC: “This is quite late in the day – four-and-a-half years since the referendum.

“And here we are, a month effectively from leaving the end of the transition period and these radical changes taking place in 2021 – the start of.

“So, it is really farmers wanting to know the detail of the scheme.”

“There are also many uncertainties during this policy transition, not least new trading arrangements after we leave the transition period, as well as the national recovery from Covid-19 and the global challenge of climate change. Moreover, the long-running price war in UK retail often sees farming and growing caught in the crossfire.

“So ministers must bear these challenges in mind and use the transition period to also address abuses of market power which not only damage farm businesses but also consumer choice and availability.” 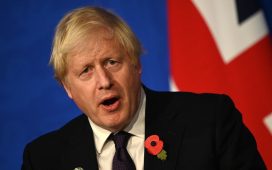 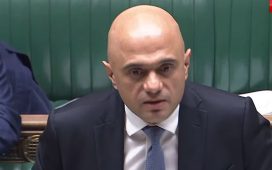