NEW YORK (Reuters) – Roger Federer needed a couple of days to get over his heartbreaking Wimbledon final loss but a family caravan vacation around the Swiss countryside proved the perfect tonic.

Federer, who will chase a record-extending 21st Grand Slam title at the Aug. 26-Sept. 8 U.S. Open in New York, struggled with the five-set defeat to Novak Djokovic for a short time, but could not dwell on the missed opportunity.

“I was setting up tables and organising my life for my four children, driving around the beautiful countryside in Switzerland,” Federer said on Friday at a U.S. Open Media Day inside Louis Armstrong Stadium.

Federer produced a vintage display to beat old rival Rafa Nadal in the last four at Wimbledon but in the final he failed to convert two championship points on his own serve in the fifth set against Djokovic.

Since then, Federer has played one U.S. Open tune-up event, where he suffered a shocking and swift third-round humbling at the hands of Russian qualifier Andrey Rublev.

Yet despite playing just two hardcourt matches ahead of the year’s final Grand Slam, the 38-year-old Swiss said he is happy with where his game is at and has actually taken positives from his Wimbledon letdown.

“I’ve been playing well. Playing well in slams recently, which has been great,” said Federer. “I think also the win over Rafa in the semis was big for me. Also the finals, the way I played that in Wimbledon, is going to give me some extra confidence.”

Federer won five consecutive U.S. Open titles from 2004-2008 but has not enjoyed much success here recently as he struggled with the heat in a fourth-round loss last year and in 2017 battled back issues during his run to the quarter-finals.

“I’m not putting extra pressure on myself. I know it’s going to be tough,” said Federer, who will face a yet-to-be named qualifier in the first round.

“I’m not coming in as the overwhelming favourite like maybe I did back in 2006 or 2007. I’m very much aware of how I need to approach this tournament mentally.

“It’s going to be a tough tournament to win, no doubt about it. I feel like I’m part of that group who can do it.” 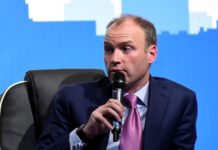 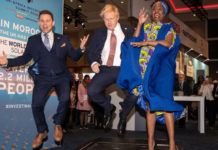 Youngest workers lose out on £20,000 towards retirement due to government pension reform delay

Six malt whiskies that would be perfect for Burns Night

‘No matter what, we will be there’: How climate campaigners are trying to win over the business elite at Davos 2020