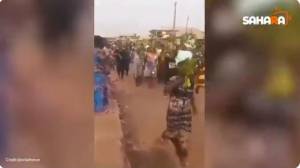 Port Harcourt, Dec. 29, 2020 -The Family of late Mr Godstime Akugbo allegedly killed by the police, on Tuesday, pleaded with the Rivers Judicial Commission of Inquiry to prevail on the police authorities to release his corpse for a befitting burial.

Mr Michael Akugbo, the elder brother of the deceased, on behalf of the family, made the appeal and also demanded for compensation of N50 million at a sitting of the Commission in Port Harcourt.

“We want the panel to help us compel the Nigeria Police to release the corpse of our late brother and son to us. We also want the perpetrators of this heinous crime against my brother to be brought to justice.

“We also want the Nigeria Police to pay us compensation of N50 million for his death,”Akugbo said.

The News Agency of Nigeria (NAN) recalls that Gov. Nyesom Wike, of Rivers State set up the commission to probe the alleged acts of violence, torture, brutality, murder and violation of fundamental rights of citizens committed by officers of the Nigeria Police Force in the state.

Mr Godstime Akugbo was arrested by men of the Anti-Kidnapping Unit of the Nigeria Police on Oct. 27, for alleged possession of Indian Hemp in Port Harcourt.

NAN reports that the seven-man panel, led by Justice Chukwunenye Uriri (Rtd), which was inaugurated on Nov. 24, is expected to conclude its public sitting on Dec. 30.