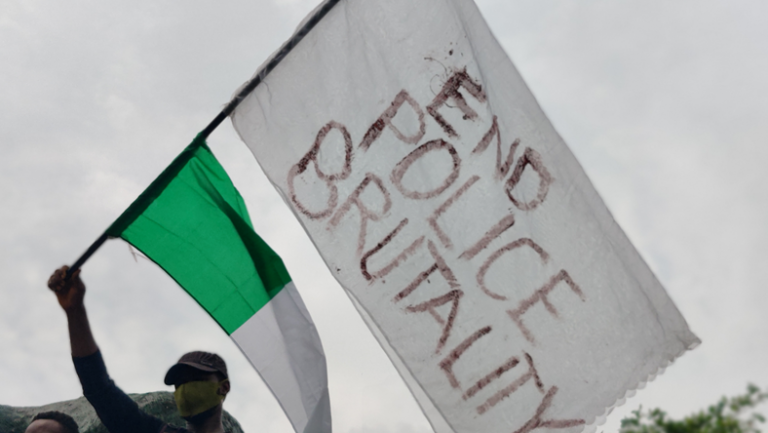 They urged the panel to invite Afegbai, who was the Divisional Police Officer of Ogida Police Station at the time of the incident, and other policemen on duty on the day Momodu was reportedly shot to death, to explain their roles in the unfortunate incident.

The News Agency of Nigeria (NAN) reports that Afegbai is the mother of a Nigerian actress and film producer, Lilian, who was a member of the 2018 edition of Big Brother Africa Housemates.

Momodu was allegedly shot and killed on the allegation that he did not stop when a police patrol team ordered him to stop.

Police alleged that the deceased was in possession of a gun, hence they shot him in self-defence.

He was reportedly buried in a public cemetery by the police without informing his family.

The development generated public outcry, which led to his body being exhumed and former Cpl Amadin Idahosa, was later sentenced to life imprisonment for shooting Momodu to death.

The petitioners demanded the arrest and prosecution of all the policemen, said to be on duty and present during Momodu’s cold-blooded murder for their alleged complicity in the incident.

They also demanded to know Idahosa’s whereabouts in the aftermath of the recent jailbreak in Benin City.

They further demanded a N50 million compensation for the loss, emotional distress and grave injustice done to the bereaved family by agents of government.

“We demand a public apology from the Nigeria Police Force for defaming the family of the deceased by calling them ‘parents of armed robbers and criminals’.

READ  Who is Muhammadu Buhari?

“We demand the renaming of the adjourning road and administrative block at Ogida Police Station, Benin City, after Momodu,” the family stated in its petition.

It also requested for the naming of a street on the Court premises in Edo after the legal practitioners providing services pro bono, “to abate extra-judicial killings and encourage access to justice by the poor and vulnerable”.

Part of the petition reads: “Recall that May, 27, 2013, at Obayuwana Junction, along Siluko Road, Benin City, one Cpl Amadin Idahosa with the Nigeria Police and Orderly to Afegbai at about 7pm, without provocation, legal justification, illegally and wrongly shot and killed Momodu.

“Subsequently, in attempts to cover up the incident, buried Momodu in a shallow grave in a public cemetery in Benin City.”