Poorer families face “grim choices” and “patchy support” over summer as they spend weeks without free school meals amid the worsening cost of living crisis, charities and unions have warned.

Schools broke up for the summer holidays this week, bringing an end to term-time support for the most disadvantaged children.

The government has resisted calls to continue free school meals over the six-week break, which is a source of worry for low-income families as energy bills and food prices continue to rise.

Charities and unions have expressed concern over how many will feed their families as the holidays begin.

“In the midst of a year of financial fear for families on low incomes, parents of school-age children are now facing the summer holidays and all the extra meals and childcare that comes with them,” said Katie Schmuecker from the Joseph Rowntree Foundation.

“Too many families lack the income to cover the essentials and are already regularly going without them, including food.”

Inflation has soared while wages have been failing to keep up.

Ms Schmuecker added: “Now, more than ever, they [families] will be faced with the grim choice of going hungry, getting behind on essential bill payments or taking on debt to cover it.”

Sara Ogilvie, from the Child Poverty Action Group (CPAG), said: “The school holidays will be particularly difficult for low-income families this year, with spiralling costs piled onto the worry about lack of free school meals.

“Unlike in Scotland and Wales, where robust support is in place to replace free school meals, parents in England have to contend with haphazard and ill-thought-out schemes and are left scrambling to provide for their children.”

England extended the free school meal scheme with vouchers during the first summer of the Covid pandemic.

But the government resisted calls for the same to happen this year, and it is instead up to councils to decide whether to provide vouchers over the summer. The government is funding activity clubs where children can access free food, but they do not run for the whole holiday period and parents have said they cost too much in travel.

Ms Ogilvie, the policy director at the CPAG, said: “Instead of investing in sustainable solutions such as strengthening the social security system, the government has simply turned its back on children and families this summer.”

Geoff Barton, from the Association of School and College Leaders, said his union was “extremely concerned about the appalling extent of child poverty”.

While nearly 2 million pupils now receive free school meals in England, it has been estimated there are 800,000 more in poverty who do not qualify for the support.

Mr Barton said there was a “very high likelihood” that many children would “miss out on good-quality nutritional meals during the summer holidays because their families cannot afford the costs involved”.

He welcomed summer activity clubs, but said they were only guaranteed for four of the six weeks that children are out of school.

“There is a strong argument for extending free school meal provision over the summer holidays for all eligible children, and we would very much like to see the government consider this matter again,” he added.

James Bowen, director of policy at the education union NAHT, said school leaders had seen a “growing trend” of families struggling to provide food during the holidays.

“This year we are particularly concerned,” he said.

“The cost of living crisis is clearly having a significant impact on all families, but we’re increasingly hearing of families that were previously just about managing that are now starting to really struggle. The increase in the use of food banks serves as clear evidence of this.”

He added: “We are concerned that support for families with food is patchy across the country and would urge the government to do much more to ensure no child goes hungry during the school holidays. Frankly, it should be a source of national shame that any do.”

A government spokesperson said: “The Holiday Activities and Food programme offers enriching activities and healthy meals to disadvantaged children during the school holidays, providing opportunities for those who may otherwise not benefit from similar local clubs.

“We have provided wider welfare support for families in need through the Household Support Fund, which helps vulnerable families with essentials such as food and utility bills. To address rising costs, we are providing over £37bn, targeted to help households with the greatest need.” 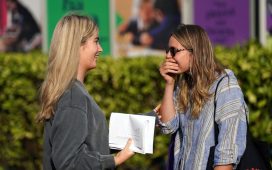 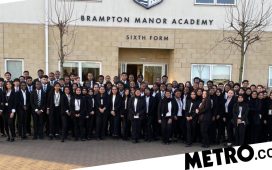 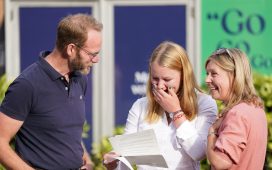 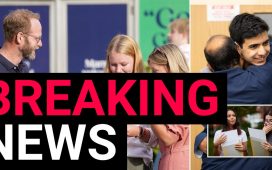 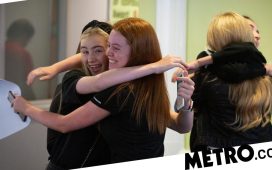 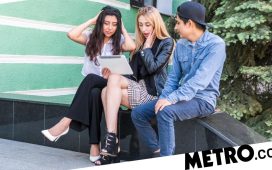 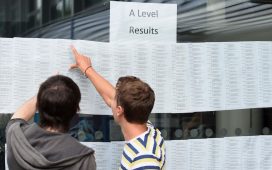