What’s too small to see with the naked eye, made by half the population in batches of millions, and in alarmingly short supply? The answer, according to some scientists, is sperm. Specifically, researchers are concerned that men in the west have been producing fewer and fewer sperm since the 1970s, a decline that they say shows no sign of stopping. At the current rate, they say, these men could be infertile by 2045. But these figures should give us pause. The idea that the sperm of men in western countries is about to flatline is, in a word, extraordinary. The data doesn’t support it.

The fear of a decline in sperm counts is potent and far-reaching. It has been voiced by everyone from environmentalists such as Erin Brockovich to white supremacists and their mainstream media mouthpieces such as Tucker Carlson. The broad appeal of this notion is possible because the alleged causes of a decline run the material and ideological gamut. They include chemicals found in common household products as well as modern urban lifestyles in which white men are physically sedentary and compelled to share power with people of ever-diversifying genders and ethnicities.

It’s worth taking a closer look at the evidence before turning out for the “save the sperm” rally. The most recent round of apocalyptic predictions was sparked by an influential 2017 paper that compiled sperm count data from studies published between 1973 and 2011. Figures from the US, Canada, western Europe, Australia and New Zealand – ie majority white, affluent countries – were grouped under the category “western” and the remaining data was lumped into the “other” category. While there wasn’t enough data to draw any conclusions about “other” men, the authors found that average population sperm counts among men in the “western” category had decreased by more than 50% since 1973.

We analysed the data and found that the apocalyptic verdict of vanishing sperm is far from the only plausible interpretation of what’s going on here. The authors assume that the high sperm counts of men in “western” nations in the 1970s represent the norm. This assumption makes the pernicious but all too common mistake of treating men in affluent, majority white nations as the standard to which everyone else should be compared. It also takes for granted that, when it comes to sperm, more is better. Available evidence doesn’t support this association: male fertility does not scale proportionately with sperm count. Some men with low sperm counts may be highly fertile, while others overflowing with sperm may struggle to conceive. Add to this the well-known fact that sperm counts are highly context-sensitive – to tight underwear, exercise, a hot bath and even to the season – and it’s easy to see how a single measure of sperm counts is an unreliable gauge of fertility.

There’s also the question of what is causing the decline in sperm counts. If we take seriously the idea that environmental pollutants are hostile to sperm production, we would expect to see the starkest declines among men living in the most polluted environments. It is well established that the global poor – ie those predominantly (but not exclusively) living in the “other” countries – bear the greatest burdens of environmental pollution. Yet the authors and the media have instead jumped to frame the crisis as one facing “western” men; what is ignored is the fact that the study’s data was insufficient to draw any conclusions for men in the “other” category.

The very use of the categories “western” and “other” makes little scientific sense and imports dangerous racial undertones. Men frequently migrate between “western” and “other” nations, making countries a poor proxy for the environments that might affect any man’s sperm. And conditions vary widely within nations, especially large, heterogeneous ones such as the US or Brazil. Knowing what passport a man carries tells you little about what pollutants or other possible sperm-reducing factors he may have encountered.

All this aside, these seemingly alarming findings may simply reflect normal variation. This wouldn’t be unprecedented: studies have documented natural ups and downs in the levels of reproductive hormones such as testosterone and progesterone, with no impact on fertility. Might sperm counts vary in the same way? The researchers don’t even consider this possibility.

The lesson from the research on sperm decline is not that we are facing imminent human extinction (at least not for sperm-related reasons). Rather, it’s the more banal but accurate fact that there’s much we don’t know about the relationship between men’s reproductive health and environmental pollution. This blind spot is what we should be attending to. A long and sexist history of scientists zealously focussing on women’s reproduction has led researchers to neglect men’s fertility. The legacy of chemical industry lobbying and industry-funded research distorts our knowledge of the effects of plastics exposure on human health. And a racist history of treating wealthy, white male bodies as the species norm primes us to ignore the majority of the global population.

In the face of all this uncertainty and obfuscation, what we need is better science: scientific institutions that are free from corporate influence, and diverse researchers trained to unearth hidden racist and sexist assumptions. Our failure to meet these standards is the real reason to panic. 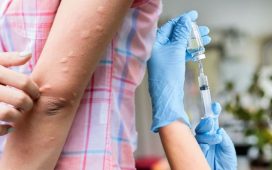 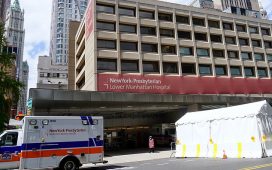 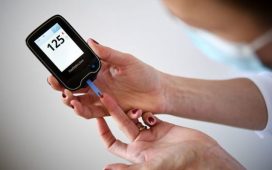 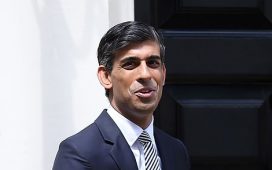