Femi Falana, a senior advocate of Nigeria (SAN) and counsel to Omoyele Sowore, has asked the court to grant his client bail on self-recognition.

Sowore, who was the candidate of the African Action Congress (AAC) in the last presidential election, was arrested in August by the Department of State Services (DSS) who accused him of threatening public peace and safety with the planned #RevolutionNow protest.

The DSS subsequently got an order to detain him for 45 days.

But in an application filed on Friday at a federal high court in Abuja, Falana argued that with the cooperation of his client, the DSS has concluded its investigation and announced findings.

According to him, Sowore’s right to fair hearing, dignity of human person, liberty, health and freedom of movement are under threat and are currently being violated by the DSS.

He said section 162 of the Administration of Criminal Justice Act provides that a defendant charged with an offence punishable with imprisonment for a term exceeding three years shall on application to the court be released on bail.

“If the court in Nigeria grants bail to persons standing trial for capital offences, based on the admonition of the apex Court in the cases cited anon, the bounding duty to grant the instant application seeking for the order of this Honourable Court admitting the Applicant (who has not been charged for any criminal offence in the instant suit) to bail is most imperative,” he argued.

Dapo Abiodun: An Omowulabi Governor at 60, by Tunde Oladunjoye

Memo to Buhari on Service Chiefs, by Wale Odunsi 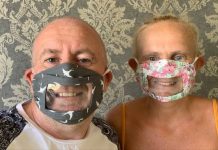