Hundreds of replica police badges have been seized and a Perth man arrested after an investigation triggered by a fake recording purporting to show Australia’s federal police commissioner describing a plot to overthrow Australia’s government.

On Monday, the AFP announced they had arrested a 49-year-old man from Tuart Hill in suburban Perth on the weekend after they allegedly identified his voice in a fake recording that went viral over the past two weeks in online conspiracy groups.

The recording purports to show AFP commissioner Reece Kershaw speaking about a secret unit of his force and how Australia’s government could be “dissolved”.

In the recording, a man claiming to be Kershaw says he had been approached by groups including the army about an intention to “bear arms on the government”, and how governor general David Hurley would be removed and replaced by a former political candidate.

The man was charged with impersonating a commonwealth public official, with police alleging he claimed to be an AFP official during an unsuccessful attempt to obtain stamps and ID badges bearing the official force’s logo from a commercial business.

He was bailed to appear before Perth Magistrates Court on 16 August. The maximum penalty for his charge is two years in prison.

Andrew Donoghue, AFP commander of investigations in the northern command, said the man was in contact with a group of like-minded people holding “anti-government views”.

Donoghue said his arrest was part of an operation carried out by joint counterterrorism teams – which comprise the AFP, the Australian Security Intelligence Organisation and a state police force – at homes across three states.

In Queensland, officers searched a home in Cairns where a member of the group lived after investigators had tracked three boxes of replica AFP badges ordered to the house. Officers found 470 of the replica badges dumped in a creek near the home.

Donoghue said he expects to lay further charges as investigations into the group continue.

“These are people who believe our systems of government do not apply to them or are somehow illegal and must be usurped. I want to emphasise that this video is complete and utter nonsense, it is not from the AFP,” Donoghue said.

“It has no truth or credibility.”

Donoghue stressed that police “have no evidence that this group has the ability or capability to commit violent acts to overthrow the government”, but said “the behaviour of these people is extremely concerning” and that ongoing investigations are “focused on criminality, not ideology”.

He said the group “wanted to establish a separate strain” of the AFP, and issue a number of arrest warrants for “high profile people”.

Police also searched homes in Brisbane and Townsville, as well as in the rural South Australian town of Peterborough. 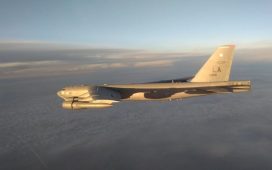 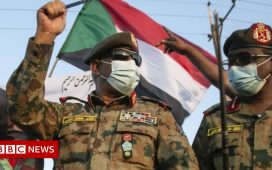 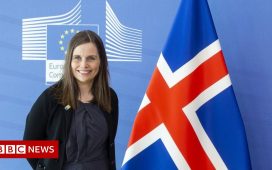 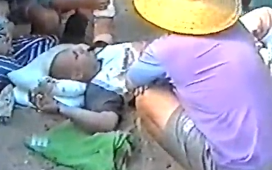 ‘Excessive tourism can destroy a place’: artist Tony Foster on the rush to the countryside