NEWSCABAL
Home » Factory farms of disease: how industrial chicken production is breeding the next pandemic
health

Factory farms of disease: how industrial chicken production is breeding the next pandemic


One day last December, 101,000 chickens at a gigantic farm near the city of Astrakhan in southern Russia started to collapse and die. Tests by the state research centre showed that a relatively new strain of lethal avian flu known as H5N8 was circulating, and within days 900,000 birds at the Vladimirskaya plant were hurriedly slaughtered to prevent an epidemic.

Avian flu is the world’s other ongoing pandemic and H5N8 is just one strain that has torn through thousands of chicken, duck and turkey flocks across nearly 50 countries including Britain in recent years and shows no sign of stopping.

But the Astrakhan incident was different. When 150 workers at the farm were tested, five women and two men were found to have the disease, albeit mildly. It was the first time that H5N8 had been known to jump from birds to humans.

The World Health Organization (WHO) was alerted but, this being at the height of the Covid-19 pandemic, little attention was paid even when Anna Popova, chief consumer adviser to the Russian Federation, went on TV to warn “with a degree of probability” that human-to-human transmission of H5N8 would evolve soon and that work should start immediately on developing a vaccine.

Global attention is fixed on the origins of Covid-19, either in nature or from a laboratory, but eight or more variants of avian flu, all of which are able to infect and kill humans and are potentially more severe than Covid-19, now regularly rattle around the world’s factory farms barely noticed by governments.

There have been no further reports of human H5N8 infections in 2021, but concern last week turned to China, where another type of avian flu known as H5N6 has infected 48 people since it was first identified in 2014. Most cases have been linked to people working with farmed birds, but there has been a spike in recent weeks and more than half of all the people infected have died, suggesting that H5N6 is gathering pace, mutating and extremely dangerous.

WHO and Chinese virologists have been worried enough to call on governments to increase their vigilance. “The likelihood of human-to-human spread is low [but] wider geographical surveillance in the China affected areas and nearby areas is urgently required to better understand the risk and the recent increase of spillover to humans,” said a WHO Pacific-region spokesperson in a statement.

The WHO suspects, but has no proof, that Covid-19 is linked to the intensive breeding of animals in south-east Asia’s many barely regulated wildlife farms. Major outbreaks over the past 30 years including Q fever in the Netherlands and highly pathogenic avian influenza outbreaks have been linked with intensive livestock farming.

Governments and the £150bn-a-year poultry and livestock industries emphasise how intensive farming is generally extremely safe and now essential for providing fast-growing populations with protein, but scientific evidence shows that stressful, crowded conditions drive the emergence and spread of many infectious diseases, and act as an “epidemiological bridge” between wildlife and human infections.

According to the UN’s Food and Agriculture Organization (FAO): “Avian influenza viruses are evolving into a large, diverse virus gene pool … A pathogen may turn into a hyper-virulent disease agent; in monocultures involving mass rearing of genetically identical animals that are selected for high feed conversion, an emerging hyper-virulent pathogen will rapidly spread within a flock or herd.”

Wild birds are routinely blamed by governments and industry for spreading avian flu along migratory routes, but evidence is mounting that intensive farms are potential “mixing pots” for new, deadly viruses.

“Blaming migratory waterfowl … is clearly no longer a tenable position,” says Rob Wallace, an American virologist who argues that the new strains of flu emerging are adapting to industrial poultry production. “Influenza’s infiltration into industrial livestock and poultry is so complete that these farms now act as their own reservoirs [of disease],” he says. “They are their own source.”

With more than 20 billion chickens and nearly 700 million pigs being farmed at any one time, Wallace says the chances of new flu strains and variants emerging and spilling over to humans are high.

He is backed by Sam Sheppard, a biologist at Bath University, who says overuse of antibiotics, overcrowding and the genetic similarity between animals provide ideal conditions for many bacteria, viruses and other pathogens to merge, mutate, spread and then jump into humans.

Sheppard researches how keeping animals penned together triggers genetic changes in common bugs such as campylobacter, which are now widespread in poultry, pigs and cattle. “These first emerged in the 20th century, coinciding with large increases in the number of farmed cattle. The bugs are now resistant to antibiotics as a result of overuse of medicine,” he says.

Nor is it just poultry and pigs. The emergence of respiratory diseases such as Mers in camels, coronaviruses in mink farms and BSE in cattle suggests that the intensive breeding of any animal increases the risks of infection.

Marius Gilbert, an epidemiologist at the Université Libre de Bruxelles in Belgium, and others have shown how bird flu is linked to the rapid intensification of poultry farming, which is now making bird flu viruses more dangerous.

Public health experts have long warned about the dangers of industrial farming but since Covid the stakes have become higher as the full costs of a modern pandemic are seen, says medical doctor and historian Michael Greger, author of the book Bird Flu: A Virus of Our Own Hatching.

Greger argues that there have been three eras of human disease: first, when we started to domesticate animals about 10,000 years ago and were infected with their diseases, such as measles and chickenpox; then in the 18th and 19th centuries, when the Industrial Revolution led to epidemics of diabetes, obesity, heart disease and cancer; and now, because of the agricultural intensification that is leading to zoonotic, or animal-borne, diseases such as bird flu, salmonella, Mers, Nipah and Covid-19.

“In evolutionary terms, rearing poultry, cattle and pigs in high-intensity, crowded, confined, entirely unnatural conditions may be the most profound alteration of the human-animal relationship in 10,000 years,” he says

“We are seeing an unprecedented explosion in outbreaks of new bird flu viruses, which historically have presented the greatest pandemic risk and certainly have the potential to be worse than Covid.”

Gilbert says it is not just factory farming that leads to dangerous avian flu, but changes humans are making to the wider environment. “Most viruses which circulate in wild birds are of low danger and cause only mild effects. [But] from time to time they enter the poultry system, where they go through evolutionary change, mostly linked to the conditions in which the animals are farmed. We have seen low-pathogen viruses gain pathogenicity in farms.”

This can set up a vicious circle where a virus mutates on a farm and then spills back into the wild bird population where it can spread further via migratory pathways, he says. “Every time people are infected there is a danger that viruses become more dangerous or transmissible.”

Sign up for the Animals farmed monthly update to get a roundup of the biggest farming and food stories across the world and keep up with our investigations. You can send us your stories and thoughts at animalsfarmed@theguardian.com 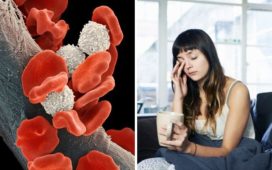 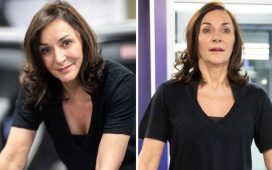 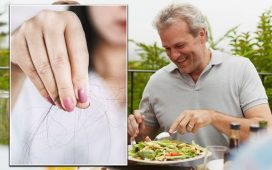 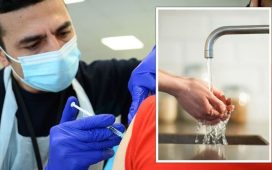