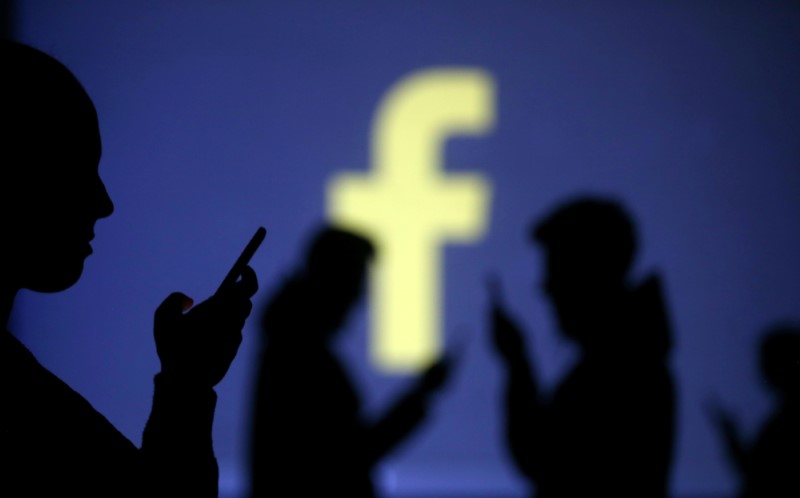 © Reuters. Silhouettes of mobile users are seen next to a screen projection of Facebook logo in this picture illustration taken March 28, 2018. REUTERS/Dado Ruvic/Illustration

By Elizabeth Culliford and Moira Warburton

(Reuters) – When Facebook (NASDAQ:) began testing its new “Neighborhoods” feature in Canada last October amid the COVID-19 pandemic, the tech giant described it as a dedicated place for people to connect with their local communities.

Facebook has in recent years focused on on-site communities that matter to its users as a tactic to drive engagement. The company, which made the vast majority of its almost $84.2 billion ad revenue last year from smaller businesses, many of whom court local users, also said users’ activity and information in Neighborhoods may be used to personalize their experience and ads across Facebook.

Neighborhoods users are prompted to introduce themselves, log interests and answer ice-breaker questions, like favorite DIY projects. People can take roles like “socializer” or “helper” and their profile information populates a directory that even identifies local pets by name, Patton said.

But Facebook, long under fire for its moderation and design decisions, will likely contend with challenges that have bedeviled rival hyperlocal platforms, such as misinformation, racial profiling and privacy concerns, say civil rights groups and social media researchers.

Facebook is already under scrutiny from lawmakers over its Groups feature, which it says is used by more than 1.8 billion people every month, including to connect with their local communities. Researchers identified Facebook Groups as a source of false claims and violent incitement ahead of the U.S. Capitol riot.

“Online rhetoric can lead into offline antagonism and violence really quickly,” said Nina Jankowicz, a global fellow at the Wilson Center who has researched how Facebook Groups have been used to push conspiracies. “Facebook’s moderation of Groups leaves a lot to be desired.”

Facebook’s Patton said the team designing Neighborhoods took into account problems in Groups: “We’ve tried to learn from across Facebook products and beyond, and build an experience that does make people feel safe.”

A Neighborhood largely relies on multiple unpaid community moderators, offered the role by Facebook after it assesses how active they are in other communities and screens rule-breakers. It is also developing moderator training on sensitive issues. All Neighborhoods users must be over 18 and new accounts or repeat rule-violators are not allowed.

As designed, recent traffic on some Neighborhoods showed typical local community messages. In San Diego, residents shared dog photos and alerts for lost house keys. In Toronto, posts ranged from a poll about dating in the pandemic to pictures of a stolen bike.

Facebook has not marketed public safety as a focus of Neighborhoods, but Reuters found the citizen crime warnings endemic in community apps are already showing up. In Vancouver, users commented on a photo of a man said to have been following women in the area, while someone else described an encounter with someone breaking into their house. Stills were shared from security cameras of a “suspicious person” looking at a property and kids who allegedly stole packages. On the last post, a user advised saving a box and putting dog feces in it.

Patton said Neighborhoods has no features involving law enforcement. Nextdoor has yanked a tool for users to forward their posts to police and Amazon Ring’s Neighbors is now making police requests more transparent.

Though Neighborhoods’ community guidelines instruct users to be inclusive and kind, surveillance researchers argue fast-growing local platforms do not focus enough on potential harms, like racial profiling and misinformation. Citizen made headlines last month when it put out a $30,000 bounty to find a homeless man it wrongly accused of starting a wildfire.

“I would not be surprised if (Facebook) cared a little bit less about the kindness you show to the people you suspect are stealing your packages,” said Matthew Guariglia, a surveillance analyst at the Electronic Frontier Foundation.

Facebook’s biggest challenge in the hyperlocal market is overcoming the head start of its competitors. Nextdoor said it covers a third of U.S. households, operates in 276,000 neighborhoods globally and is planning expansion in more countries.

Facebook’s arrival “doesn’t really mean anything. It means eyes on the prize,” Nextdoor CEO Sarah Friar said in an interview. “From a broader perspective it certainly, I think, proves our point that local has never mattered more.” 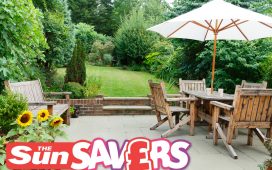 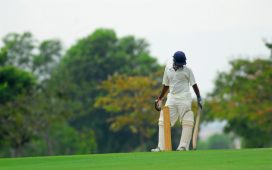 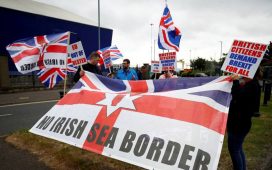 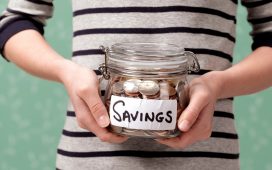 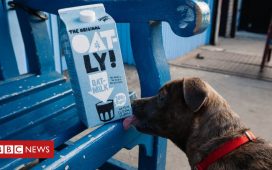