It’s hard to know what happened there, but it was certainly major crash going into the high-speed first Abbey corner involving Albon, Ocon, Russell, Tsunoda and Zhou, whose car rolled over. Hamilton, by the way, got away brilliantly and had moved up to third and Latifi up to eighth. All drivers are now in the pits, awaiting the restart.

Word from the track is that Zhou Guanyu is OK. He has been stretchered out of his car and into an ambulance, but he is conscious and moving. Good news.

Lap 1/52: Albon is also out, while Tsunoda and Ocon look to have damage. The concern at the moment is for Zhou, with the recovery team attending to the driver.

Lap 1/52: We’re under way – and the cars have barely left the grid before we see a huge crash. George Russell hits Zhou and spins out out going into turn one. Zhou’s car turns over. Red flag.

Verstappen has opted to start on soft tyres, in contrast with most other drivers who have gone with mediums. It looks like he wants to start aggressively and make early headway.

Panic over at Ferrari: the electronic control unit – without which the car wouldn’t start – has been successfully replaced. Leclerc breathes easy. And the drivers head off for the formation lap.

Right, down to business. And it seems like Leclerc’s car has been undergoing some panicked last-minute work, with the mechanics seemingly changing an electronic box on the right side. Late issues for Ferrari? We’ll keep an eye on it.

Among the spectators at Silverstone is Tom Cruise. I’m sure he’d agree that there are a few good men on the grid today but Verstappen – a driver without limits – is far and away the favourite. Another victory for the Red Bull maverick would render Leclerc collateral damage, with his titles hopes facing oblivion. As for Hamilton – a legend here – first place looks near enough mission impossible but a podium finish could be within reach if he pulls out all the right moves, which could involve some risky business. Let’s just hope there’s no rain, man.

Carlos Sainz speaks: “I am enjoying it a lot, especially with the crowd. It’s really special, I’m trying to enjoy the moment. We’re all going to send it into turn one. Lap one is very tricky here, there are many fights all the way to turn nine as people know … I hope we get a clean one.”

And lastly, an in-depth interview with George Russell, who is out to best his teammate today:

Next, a nice meaty profile of Checo Perez, who right now is Mexico’s greatest sporting hope:

Some pre-race reading. First, Giles Richards on the bleak events of the previous week – and Hamilton’s laudable response to them:

The week that was: Nelson Piquet uses a racist slur about Lewis Hamilton. Former Lotus president Gerard Lopez – a friend of Vladimir Putin and major Tory donor – faces charges of forgery in Luxembourg criminal court. And Bernie Eccleston says he would “take a bullet” for Putin, that the war in Ukraine is “unintentional” and that Hamilton could have “brushed aside” Piquet’s remarks. Sport, eh?

After a deeply dismaying few days, then, it was nice to return to drama of a more pantomime variety yesterday at Silverstone, where the presence of Max Verstappen – arch-nemesis of local hero Hamilton – was met by a hearty chorus of jeers from a hostile crowd who are yet to forget Abu Dhabi. This sort of juvenile nonsense, I think we can all agree, is very much the upside of big sport.

Not that our Max saw it that way. “If they want to boo they do that, they all have their own opinions, I don’t care,” he huffed, not entirely convincingly, perhaps after being told by a minion that the crowd were actually shouting “Red Booooo-ull”.

But Verstappen had other reasons to sulk, not least the fact that pole position had been snatched from his grasp by the brilliant Carlos Sainz during a thrilling last lap in the Northamptonshire drizzle, doing the business by a tight 0.072secs. The Spaniard pushed Verstappen to the limit in Montreal last week and his place in the front row today represents another tricky hurdle for the title favourite, who currently sits a tidy 46 points clear in the drivers’ standings.

If that sounds like fair old distance, well, it is exactly how far ahead of Verstappen Charles Leclerc was after the season’s first three races. The Monégasque – now behind both Verstappen and Perez in the standings – will be desperate to reassert his title credentials today after enduring a hiding to nothing last week, when he finished fifth after starting from the back due to grid penalties.

As for the local golden boy, things are finally picking up after a testing start to the season. Hamilton was fighting for the front row throughout much of yesterday’s qualifying, with Mercedes’ recent upgrades seeming to have helped. “Oh man, I was having so much fun out there,” he beamed afterwards. Perhaps only the very most optimistic fans could hope for a Hamilton victory today – but a podium finish would certainly go down a treat at Silverstone. Either way, this should be fun. 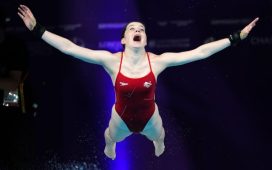 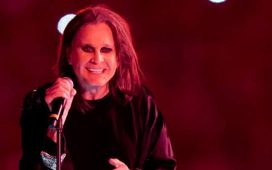 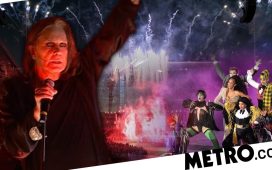 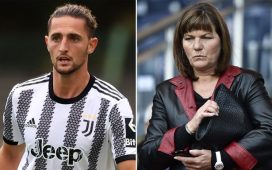 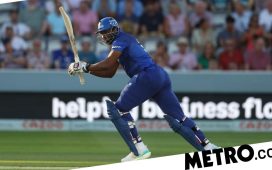 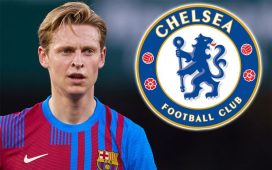