HONG KONG — Ezra Vogel was a scholar, but he left many crucial lessons for a journalist like me: Get close to your coverage subjects, write based on thorough research and maintain insatiable curiosity on a wide range of topics. Of course, there are differences between an academic and a reporter, but for a Japanese journalist always struggling to cover China, as I do, his approach and methods act as relevant tutorials.

Given the limits, knowing and understanding what really is happening in mainland China has always been difficult for any outsider, despite the ever-growing demand for accurate information and analyses on the country. But since the people you want to cover are largely inaccessible, it is imperative to explore alternative ways of approaching them.

Vogel never met Deng Xiaoping, but he wrote a book of more than 800 pages on the paramount leader’s life and the impact he had on China and the world.

“The closest I ever came to Deng was a few feet away at a reception at the National Gallery in Washington in January 1979,” Vogel wrote in his book, “Deng Xiaoping and the Transformation of China” in 2011. The occasion with prominent China watchers in the U.S. was to celebrate the opening of bilateral relations between the two countries.

Vogel was not fortunate enough to speak directly with Deng, something the scholar regretted, but he used virtually all other means to understand who he was. In addition to hunting through mountains of documents, Vogel had a long and diversified list of people he interviewed for the book, which made it stand out among others on modern China. 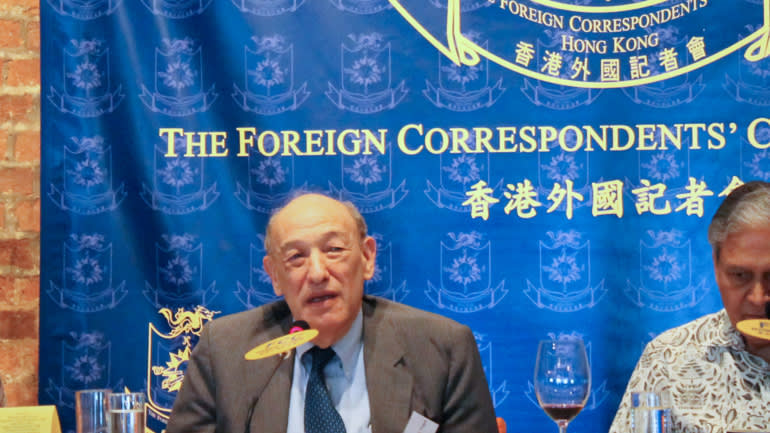 Ezra Vogel speaks about his biography on Deng Xiaoping at the Foreign Correspondents’ Club in Hong Kong in May 2012. (Photo by Kenji Kawase)

Vogel’s first book on China, “Canton under Communism: Programs and Politics in a Provincial Capital, 1949-1968,” published in 1969, was based on interviews with Chinese who had fled from the mainland to Hong Kong. He wrote in detail what was happening at that time in the country under the extreme conditions of the Cultural Revolution.

That exhaustive work was released before his maiden trip to China as part of a delegation of American scientists in the spring of 1973, a year after Richard Nixon’s historic visit to the country. He continued to build a human network, while preserving and enhancing the existing ones, as he accompanied the Americans. In his book on Deng, his already-established connections with Japan were duly utilized, adding different dimensions to his analyses.

Vogel, a professor emeritus at Harvard University and one of the most influential academic voices on modern Japan and China, died on Dec. 20 after complications from surgery at the age of 90.

Before meeting with Vogel for the first time in May 2012 in Hong Kong, I felt that I already had connected with him through a common acquaintance. My college friend, who was a daughter of Vogel’s Harvard classmate, spoke of his amicable personality. That somehow made me feel that Vogel was more than an author of the bestselling book, “Japan as Number One: Lessons for America,” published in 1979.

His pragmatic views on how things actually work in the real world resonated to a business news reporter like myself, who sat down with him for interviews several times in my career.

“Business people could move much faster than countries,” Vogel told me during what turned out to be our last interview, alternating between English and Japanese, in November 2019 in Osaka. Through numerous interviews with people from all walks of life, Vogel arrived at the conclusion that business people “are much more creative and governments cannot catch up with them.”

This was one of the reasons he remained highly skeptical of a U.S.-China decoupling: He believed businesses would find ways to connect, even under a challenging political environment. And the current Sino-American tensions are not the first that Vogel witnessed.

As Vogel wrote in his final book, “China and Japan: Facing History” published last year, Japanese companies faced a similar issue in the 1970s when Tokyo switched its diplomatic recognition from Taipei to Beijing.

But he told me in our interview that companies eventually “found ways to get around” the issue by inventing ways to continue operations in the mainland and Taiwan. “I think China is going to have the same problem,” he said, of not being able to control its homegrown companies.

Vogel presumed that Beijing is set to encounter similar issues, as more and more mainland Chinese companies become multinationals following four decades of opening up and reforms, initiated by Deng.

Multinationals, by definition, of course, have different agenda: They develop interests beyond their home countries’ jurisdiction. “I think Beijing will have a hard time controlling those companies,” Vogel told me. “The Communist Party is at the top, but they cannot always track businesses, even if they try.”

His comments a year ago now sound prescient, as we watch Chinese President Xi Jinping hitting hard against Alibaba Group Holding and other homegrown technology companies — the first batch of Chinese multinationals.

Even though he was 89 and a retired professor when we last met, Vogel’s continued curiosity on matters seemingly beyond his expertise struck me as quite remarkable. He shared with me that he was paying close attention to who was going to come out ahead in the race for self-driving cars.

“It is so interesting to see who is going to win. Both [China and the U.S.] could be the winners,” he said in fluent Japanese, a language he mastered in the 1950s.

His son, Steven Vogel, professor of political economy at University of California, Berkeley, summed it up nicely in his recent tweets. His father’s approach, he said, was to “work hard, talk to people, listen carefully, get the story right.”

That is what we journalists also are expected to do.

“So there you have it: utter disregard for disciplinary boundaries, scant attention to grand theory, no respect for methodological orthodoxy,” the younger Vogel, a journalist-turned-scholar, wrote in a Twitter post this past week. “He checked every single box on the dissertation adviser’s list of WHAT NOT TO DO.”

To be sure, there are objections to Vogel’s approach, especially in regard to China and Deng, who ordered the crackdown on students in Tiananmen Square in 1989.

For Beijing, Vogel was an “old friend of the Chinese people,” Chinese Foreign Ministry spokesperson Wang Wenbin said, a sentiment that was echoed by many high-ranking mainland Chinese officials immediately after the news of his death. That title, “old friend,” from the other side of the political spectrum, usually is tantamount to being a collaborator of the authoritarian regime.

In contrast to Beijing, Taipei has been silent. President Tsai Ing-wen has not issued a public statement, while the foreign ministry has not posted any messages on its official Twitter account.

Hu Ping, the former editor of the New York-based Chinese pro-democracy movement journal Beijing Spring, who now lives in the U.S., tweeted on Dec. 22 that Beijing “needed a foreigner to tell good stories about the country, because the Communist Party does not have the persuasive power,” pointing to Vogel’s biography on Deng.

The book on Deng, despite its political sensitivities, has been published in mainland China — though with cuts to conform with Beijing’s censors. Vogel raised the topic in Hong Kong in 2012 when the unabridged Chinese translation was published for the territory and Taiwan, but just prior to the completion of the mainland version.

“If 80% to 90% of the message gets published in the mainland, my inclination is to allow that kind of publication,” he told reporters, including me, at the Foreign Correspondents’ Club in Hong Kong.

While I would not agree to any censorship by Beijing, that was the decision Vogel made. And it came with a price.

“I have written a paper to criticize his views on Deng Xiaoping,” Wang Dan, one of the student leaders of the Tiananmen Square crackdown, tweeted after Vogel’s death.

Still, Wang praised his “magnanimity” and “tolerance,” as he revealed the contents of a letter he once received from Vogel. He told Wang that “it is very normal to have differing opinions.”

Wang, himself a Harvard graduate, was struck that a well-established professor from his university treated him in a courteous manner. “I must say, that is difficult to do,” he tweeted.

For me, there are still many lessons to learn from Vogel.

Is Sri Lanka under threat from China? 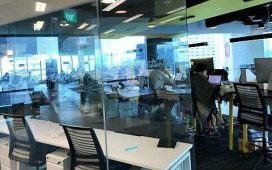 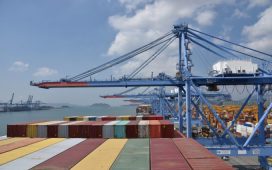 Germany to pull troops from Afghanistan by July 4 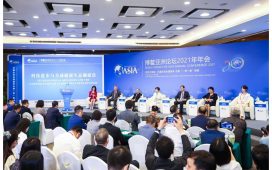 Yili Announces its "Innovation Trilogy" at Bo'ao Forum for Asia