HOUSTON/CARACAS (Reuters) – The United States last week imposed a sweeping freeze on Venezuelan government assets in U.S. territory and threatened to sanction any company that works with socialist President Nicolas Maduro’s government, as the Trump administration ratcheted up its bid to force Maduro out.

In January the United States imposed sanctions on Venezuela’s most important global business – producing and selling , which accounts for more than 95 percent of the country’s export revenue. U.S. refineries had been Venezuela’s top customer, and output has fallen by some 40 percent since then.

The United States and many Western governments have recognised Venezuelan opposition leader Juan Guaido as the country’s rightful head of state.

Oil industry sources warned that if Washington follows through on its threat to sanction non-U.S. companies that do business with state oil company PDVSA, production could collapse further – increasing the squeeze on Maduro.

HOW MUCH OIL IS VENEZUELA CURRENTLY PRODUCING?

Venezuela’s crude production was between 734,000 and 1.05 million barrels per day (bpd) in June, according to secondary sources and self-reported figures quoted by the Organization of the Petroleum Exporting Countries (OPEC) in its July oil market report. That compared to output of 3 million bpd at the turn of the century.

HOW MUCH CRUDE AND REFINED PRODUCTS IS IT EXPORTING?

Venezuela exported nearly 933,000 bpd of crude and refined products in July, down 17.5% from June, according to data from PDVSA and Refinitiv Eikon. Exports sank 40% in February, the first full month after the sanctions were imposed.

WHERE IS THAT OIL GOING?

India and China have accounted for most of Venezuela’s crude exports since sanctions took effect. Russia’s state-run energy company Rosneft (MM:) took more than 46% of the country’s shipments in July with some 432,000 bpd of crude resold to final customers in Asia.

HOW DO U.S. SANCTIONS AFFECT THE SECTOR?

The January sanctions prevented U.S. companies from dealing with PDVSA, and a clause that became effective in April blocked PDVSA from operating in the U.S. financial system.

The asset freeze announced in early August threatens sanctions against any company deemed by Washington to be “materially assisting” Venezuela’s government.

While the January sanctions included similar language, U.S. national security adviser John Bolton last week said the new round gave companies a choice between doing business with Maduro or the United States. That has spooked PDVSA’s joint venture partners and customers, who are seeking clarity on the measure, sources said.

WHAT ABOUT U.S. IMPORTS?

U.S. imports of Venezuelan crude have collapsed to zero in the wake of sanctions. In the week ended Jan. 25, just before sanctions were announced, U.S. refineries imported 587,000 bpd.

WHY IS VENEZUELAN CRUDE SO IMPORTANT?

Heavy crude supplies of the kind Venezuela pumps are constrained worldwide. Large producers, such as Canada and Mexico, are unable to lift exports to replace the lost barrels, and smaller producers, including Colombia and Ecuador, simply do not pump enough to ease the global shortfall.

WHO WERE THE BIGGEST U.S. CUSTOMERS?

U.S. refiner Citgo Petroleum, a subsidiary of PDVSA, imported more than 175,800 bpd of Venezuelan oil in 2018, according to Refinitiv Eikon.

Chevron, Valero and Citgo have turned to producers of heavy crude in Colombia, Iraq, Saudi Arabia and Canada, as well as sour grades produced in the U.S. Gulf Coast by BP PLC (L:) and Royal Dutch Shell PLC (L:), traders and brokers said.

Valero has said it has used domestic blends, Canadian crude and a mix of other grades, including crude from Brazil. The U.S. refiners have also secured more crude from West Africa as a replacement, traders said.

WHAT WILL IT TAKE TO REPAIR THE VENEZUELAN OIL INDUSTRY?

Venezuela might open its oil industry to foreign investment and limit the role of PDVSA, which currently controls all joint ventures in the OPEC-member nation, said Ricardo Hausmann, Guaido’s representative before the Inter-American Development Bank.

WHAT ELSE IS VENEZUELA EXPORTING?

Venezuela has stepped up shipments of gold to other countries, sending more than $900 million to Turkey in 2018, according to Turkish government data and trade reports. 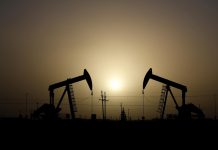 Why was our Vueling flight booking cancelled at check-in? 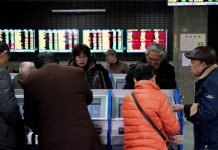 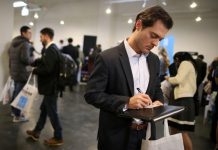