Financial experts say Central Bank of Nigeria’s (CBN) proposed policy that will ensure that loan defaulters forfeit their deposits in others banks is commendable.

They said this in separate interviews with the News Agency of Nigeria (NAN) in Abuja.

Mr Solomon Itodo, a financial expert said the policy was a good one if it could be implemented fully and all parties involved have clearly defined roles.

“It will boost lenders’ confidence knowing that repayment is not tied only to accounts being operated with them.

“Unless there are sanctions which will apply for non compliance or access to carry out debits by the creditor from these accounts, this will just be another policy with good intentions and no real substance.”

Itodo, however, said that the full provisions of the policy should be made known, otherwise  erring debtors would easily circumvent it in a number of ways like operating accounts in different company names or having accounts operated by proxies.

He added that to make the policy work, accounts which should be considered as payment accounts should include personal accounts and accounts of companies with directors.

Another financial expert, Mrs Grace Audu, said it would serve as a deterrent to people who collect loan from one bank and then disappear to go start another account in another bank.

According to her, it will help to totally sanitise the system.

She also said that some banks that had folded up or had to merge with other banks ran into problems because of such customers.

“Once CBN puts this into effect, the clause of Lien/set off will also apply in your accounts with other banks and not just the same bank.

“It will definitely reduce the bad loan portfolio of some banks, which will make them stronger and more profitable.”

Audu added that bank marketers would be able to breathe a sigh of relief as many of them do not like to market loans to small businesses because if they do not pay, the bank holds the marketers responsible.

This, she said, in turn makes many of the marketers lose their jobs.

“So this development will provide more guarantee for the marketers, and reduce the likelihood of losing their jobs because of  such customers”, she said.

Mr Nduka Adibe, a civil servant, said it was a good initiative as he knew quite a number of civil servants who took loans from one bank and moved on to the next bank to operate other accounts without offsetting the previous loan.

He said that with the Bank Verification Number (BVN), it would be easier for banks to implement the policy.

Adibe, however, said that the CBN should fine-tune the policy in such a way that banks do not victimise honest borrowers by taking over their deposits in other banks before payment time for the loan was due.

Mr Aminu Abdulwahab, a businessman, said although the policy may discourage small business owners from making deposits in banks, it would go a long way in enhancing others got loans with ease.

This, he said, was because the borrowers would be made to reveal their true financial status in other banks, a move that would embolden the lenders to give out the money.

NAN reports that Mrs Aisha Ahmad, the Deputy Governor, CBN, on Monday at the 345th Bankers’ Committee Meeting in Lagos, said that the bank was proposing to implement a policy that would make loan defaulters forfeit their deposits in others banks. (NAN) 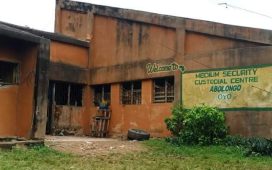 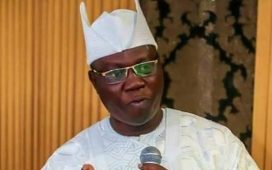 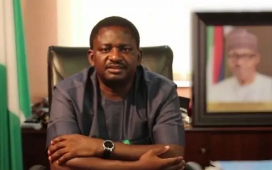