NEWSCABAL
NEWSCABAL > world > Experience: I got pulled into a conveyor belt by my scarf
world

Experience: I got pulled into a conveyor belt by my scarf


I had worked on and off at Argos when they needed seasonal staff since I was 17. By Christmas 2007 I was 21, and I’d picked up regular shifts again. It was December in East Kilbride, and that means it was cold. On this particular morning I was unpacking a delivery in the stockroom, where the heating wasn’t working. I’d come wrapped up for warmth, a long woolly H&M scarf in a looped knot around my neck.

The stockroom was across two floors, with an industrial conveyor belt connecting the upper and lower levels. I was on delivery duty upstairs alone, with my colleagues downstairs. The only reason anyone would come up would be to use the staff bathroom.

After the delivery was done, I peered down the moving conveyor belt to make sure no stock had got stuck; it was standard procedure. That’s when both ends of my scarf – snugly wrapped around my windpipe – were yanked into the machinery.

Consumed by pure panic, I tried to pull back. But by tightening the material around my throat, my scarf was sucked in further. There was an emergency stop – but in the split-second I had to think, it didn’t cross my mind to reach for it. Then it was out of reach.

It all happened so fast. Almost immediately I was out of options. The conveyor belt begins with large metal rollers before a section that is more like a supermarket checkout. My head was edging closer to the gap between them, where it would be crushed. I found a moment of calm acceptance in certain death. Knowing there was nothing I could do, I felt strangely at ease with my fate.

My head was pulled in face first towards the gap. I could not breathe. Except, as I braced myself for my demise, the conveyor unexpectedly stopped moving. I was still suffocating, my head jammed in the system. The safety mechanism that stopped hands getting stuck kicked in, but it wasn’t designed for a head, leaving me stuck.

The harder I pulled, the tighter the grip around my larynx. With time running out until asphyxiation claimed me, I frantically slapped the wall beside me.

Calling it luck feels like an understatement, because by chance another member of staff walked up the stairs, heading to the toilet.

I heard the muffled sound of shuffling feet and then someone stopping behind me. “Sean, are you OK?” I heard a voice – Gary’s – ask. With the last of the air in my lungs, I tried to croak the word “scissors”. A few more seconds passed; he remained still, presumably staring. We had a habit of playing practical jokes on each other – hiding in boxes, jumping out from shelves: he’d assumed I was pranking him. Still unaware if this was real, Gary decided to take action – just in case.

He turned the conveyor on in reverse. Once my scarf popped out, I fell to the floor, gasping. In under 90 seconds I’d faced down death, and been saved from it.

I was taken to hospital for an inspection of the burns and lacerations. Adrenaline had deferred the pain, which increased with every minute; my neck throbbed, radiating heat like fire. After an hour of checks, when I was alone for the first time in the corridor waiting for an X-ray, the magnitude of what had happened hit me. I sat and cried uncontrollably.

For a few years that followed, I couldn’t shake the feeling that I was on borrowed time. Some people say coming close to death helped them make every second of life count, but I experienced the opposite. I repressed the trauma and was unable to think about or make plans for the future.

Ten years later, I was on safari in Kenya, when an armed robbery turned violent. It forced me to confront my demons; on my return, I started counselling for PTSD and anxiety. That’s when I finally got my head together.

Today, I avoid thinking about the finiteness of life; instead I try to leave marks that prove I’ve been here. I left a mark at Argos, too: after the incident, scarves and ties were banned across the company’s stockrooms. When my brother started shifts at a different branch a year later, he was told the story in his induction as a cautionary tale.

As told to Michael Segalov

Do you have an experience to share? Email experience@theguardian.com 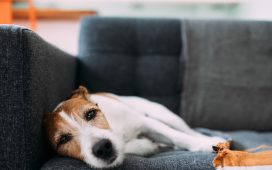 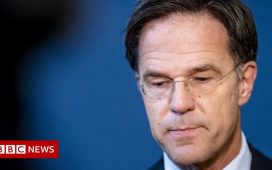