© Reuters. FILE PHOTO: New trucks are transported across the the border into the United States from Mexico at a federal facility in Otay Mesa, California

The United States and Mexico agreed on Monday to overhaul the North American Free Trade Agreement (NAFTA), pressuring Canada to sign up to new auto trade and dispute settlement rules to remain part of the three-way pact.

But a previously unreported side agreement between the two countries would allow the United States to pursue “national security” tariffs on annual Mexican car and SUV imports of over 2.4 million vehicles. The side deal would allow national security levies on auto parts imports above a value of $90 billion per year on the same grounds. The administration plans to announce the results of a probe into whether autos and part imports pose a national security risk in the coming weeks.

The study could be used to justify 25 percent U.S. tariffs on automotive imports on the basis that protecting the U.S. auto industry is vital to national security under a Cold War-era trade law.

Automakers are concerned that the agreement signals the United States will proceed with national security tariffs – and are likely to use the tariffs to win concessions from the European Union and Japan as well. They have said the tariffs could cost hundreds of thousands of jobs and dramatically raise vehicle prices.

A separate side-agreement lays out a possible scenario in which the United States increases its normal “most-favored nation” tariffs on autos, currently 2.5 percent. A potential new, unspecified rate would be applied to vehicles that do not meet the existing or revamped NAFTA.

Mexico reserves the right to challenge the U.S. use of “national security” tariffs at the World Trade Organization, people briefed on the talks said.

Exports of cars and SUVs from Mexico would face a 25 percent U.S. tariff if they exceed 2.4 million vehicles and the United States imposes the national security tariffs, the sources said. Below the cap, vehicles that comply with new, tougher regional content requirements could enter the U.S. duty-free.

Vehicles within the cap which fail to comply with the new, tougher content rules would pay a 2.5 percent tariff, the sources said.

In 2017, nearly 1.8 million cars and SUVs were exported to the United States from Mexico.

The sources did not want to be identified because the details of the agreement have not been officially released.

Duty-free auto parts exports from Mexico to the United States could be capped at $90 billion a year under the agreement, said Ann Wilson, senior vice president of government affairs at the Motor and Equipment Manufacturers Association.

The figure exceeds current levels, but parts shipments above that quota could be subject to 232 tariffs, Wilson said.

Mexican pickup trucks that do not comply with regional content quotas already pay a 25 percent duty. It was not clear whether they could also be subject to an additional quota.

Moises Kalach, head of the international negotiating arm of Mexico’s CCE business lobby, said it was far from certain the United States would impose the 232 tariffs, and that the current trading arrangements for the industry were now safeguarded.

“We have a fall-back plan if they impose the 232, but there’s also the possibility that Mexico is exempted from the 232,” Kalach told Reuters.

It is not clear how the quotas would be counted or administered.

The deal also sets quotas for carmakers to use domestic steel and aluminum, the sources said. Vehicle components would be subject to regional content quotas at different levels, depending on the type of part or system. Engines and transmissions, the highest-value systems in a vehicle, would have a 75 percent regional content quota, the sources said.

The Mexican economy ministry did not immediately reply to a request for comment.

The tariff mechanism in the preliminary U.S.-Mexico accord would likely change little for Detroit automakers such as General Motors Co (N:), which builds large Chevrolet Silverado and GMC Sierra pickup trucks at a complex in Silao, Mexico.

However, Asian and German automakers, and automakers and suppliers that want to expand production in Mexico, could be at a disadvantage, and be forced to source more production of both vehicles and engines in the United States.

The revised trade agreement is expected to take effect in 2020 and be phased in over five years, the people familiar with the proposal said.

WHAT IS NORTH AMERICAN-MADE?

A cap on Mexican vehicle exports to the United States would push automakers and suppliers to deal with a range of new challenges.

The rules would encourage efforts to certify parts as North American-compliant even if they include content from elsewhere. That could add hundreds of millions of dollars in costs to automakers over the next decade, industry officials said.

The new cap on total vehicle exports could spur a rush for companies to announce additional production capacity in Mexico in the coming months to try to “lock in” space under the cap before the agreement takes effect, auto industry officials said.

The new content rules and a new requirement that 40-45 percent of a vehicle be produced by workers earning $16 an hour or more, far higher than current Mexican rates, could lead automakers to try to raise vehicle prices.

The details of the auto trade agreement are critical to automakers and vehicle parts makers.

For example, the Trump administration said wages of U.S.-based engineers could be counted toward the regional content quota – benefiting the Detroit Three automakers and rivals that have established engineering operations in the United States. 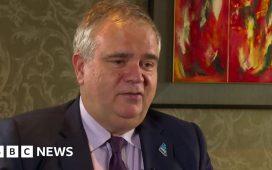