ir Keir Starmer’s ratings have plunged to the same low level as Jeremy Corbyn’s at the same stage of his leadership, reveals an exclusive poll.

The Ipsos MORI research also revealed that Manchester mayor Andy Burnham is seen by the public and by Labour’s own supporters as a better potential Prime Minister than Sir Keir.  London mayor Sadiq Khan also trails behind Burnham as a would-be PM.

The findings, which will set alarm bells ringing in Labour circles, show Sir Keir’s ratings have fallen sharply, including scores for being “a capable leader” and for “having sound judgment”.

They will jangle nerves in the Opposition at a time the Conservatives are enjoying a nine-point lead on a wave of vaccine-induced optimism, and suggest that Boris Johnson’s taunts that Sir Keir is a “vacillator” are inflicting damage on his rival.  The poll reveals:

Starmer’s scores contrast with Boris Johnson’s healthier figures, which include 78 per cent satisfaction in him among Conservative supporters.  Only 40 per cent of the public think the Tories should change leader before the next election, and just 22 per cent of Conservatives.  He scored 40 per cent for being a capable leader, leading Starmer by 14 points; and 35 per cent for being “good in a crisis”, leading Starmer by 17.

Mr Burnham’s high score as a potential PM puts him ahead of senior Labour rivals tested. Deputy leader Angela Rayner is seen as having the right stuff by just 18 per cent.  Shadow foreign secretary Lisa Nandy scored just 15 per cent.  Both women attracted a high proportion of “don’t knows”, indicating they are not yet well enough known.

Mayor of London Mr Khan was seen as having what it takes by 29 per cent of the public – while 43 per cent disagreed.  Among Labour supporters, some 46 per cent thought Mr Khan has it.

Ipsos MORI has kept monthly satisfaction scores on every major party leader since the 1970s and regularly tracks how top politicians are viewed on a range of leadership characteristics.

Sir Keir’s satisfaction score of -29 is also comparable with the -27 recorded by Iain Duncan Smith and -26 by Michael Howard when they were 14 months into their leaderships.  Mr Corbyn, who quit after a disastrous wipe-out in 2019, plunged as low as -60 in subsequent years.

Ipsos MORI’s Director of Politics Keiran Pedley said: “These numbers lay bare just how far Keir Starmer’s poll ratings have fallen. From opening with the best satisfaction ratings for a Leader of the Opposition since Blair last June, his numbers are now as bad as Jeremy Corbyn’s at the same point in his leadership.

“What we don’t know is whether Starmer’s numbers will continue to fall, as they did for Corbyn, or if the Labour leader will manage to rebound all the way to Number 10 in a similar fashion to how David Cameron once did.”

Ipsos MORI interviewed 1002 adults across GB by phone, from May 28 to June 3. Data are weighted.  Details at www.ipsos-mori.com 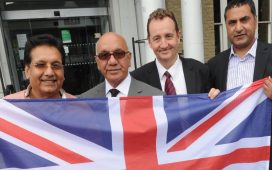 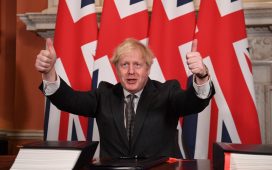 Lord Hayward: Brexit impact will be felt for years as it broke voter ‘habits of a lifetime’

July 19 lockdown easing – From face masks to nightclubs, ALL the rules that could change on Freedom Day 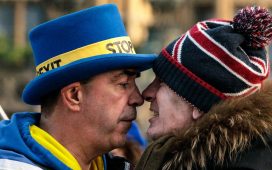