BEIJING (Reuters) – Toyota Motor Corp is likely to make 120,000 more cars a year in the Chinese port city of Tianjin as part of a medium-term strategy that’s gathering pace as China-Japan ties improve, said four company insiders with knowledge of the matter.

FILE PHOTO: An employee walks past as he checks on newly-produced cars at a Toyota factory in Tianjin, March 23, 2012. REUTERS/Stringer/File Photo

The Japanese auto maker’s plan to boost annual production capacity by about a quarter in the port city will lay the foundation to increase sales in China to two million vehicles per year, a jump of over 50 percent, the four sources said.

The Tianjin expansion signals Toyota’s willingness to start adding significant manufacturing capacity in China with the possibility of one or two new assembly plants in the world’s biggest auto market, the sources said. Car imports could also increase, they said.

The move comes at a time when China’s trade outlook with the United States appears fraught and uncertain.

Toyota plans to significantly expand its sales networks and focus more on electric car technologies as part of the strategy, the sources said, declining to be identified as they are not authorized to speak to the media.

Toyota sold 1.29 million vehicles in China last year and while sales are projected at 1.4 million this year, “capacity constraints” have restricted stronger growth, the sources said.

READ  Japan to limit foreign ownership of firms in its IT, telecom sectors

Manufacturing capacity numbers provided by automakers are called straight-time capacity without overtime. With overtime, a given assembly plant can produce 20 to 30 percent more than its capacity.

According to two Tianjin government websites last week, Toyota has been given regulatory approval by the municipal government’s Development and Reform Commission to pursue its expansion.

The two websites – including the official website for the Tianjin development district where Toyota’s production hub is based – said the Japanese automaker plans to expand its Tianjin base to be able to manufacture 10,000 all-electric battery cars and 110,000 so-called plug-in electric hybrids annually.

It wasn’t immediately clear when Toyota will be able to start producing those additional cars.

The Tianjin facilities, which produces cars such as the Toyota Corolla and Vios cars, are owned and operated by one of Toyota’s joint ventures in China.

The venture with FAW Group Corp [SASACJ.UL] in Tianjin plans to invest 1.76 billion yuan ($257 million) for the expansion, according to the two Tianjin websites.

China is sometimes a market difficult to operate for Japanese companies because of historical reasons.

In 2012, cars sold by Toyota and other Japanese automakers were battered when protests erupted across China after diplomatic spats over disputed islets known as Diaoyu in China and Senkaku in Japan.

Since then, Toyota has emphasized steady growth rather than taking on risky expansion projects.

According to the four sources, Toyota’s attitude toward China began changing markedly after an official visit to Japan by Chinese Premier Li Keqiang in May.

During the visit, Li toured Toyota’s facilities on the northern island of Hokkaido, and was escorted by Toyota’s family scion and chief executive Akio Toyoda.

Toyoda has since sought to boost his company’s presence in China, a vision that had culminated in an active effort to identify specific ways to do just that, according to the four sources.

They said aside from boosting capacity, Toyota is also looking at the possibility to significantly expand its distribution networks for the mainstream Toyota and premium Lexus brands.

It wasn’t immediately clear how significant a distribution network expansion Toyota is planning for both brands.

Currently, Toyota has more than 1,300 stores for the Toyota brand and nearly 190 for its Lexus luxury cars.

The timing for the China expansion couldn’t be better.

The C-HR variants are relatively small crossover SUVs that other manufacturers, most notably Japan’s Honda Motor Co, have leveraged to grow sales rapidly and sell more cars in China than its much bigger rival Toyota. Honda sold 1.44 million vehicles in China last year.

Lexus is also deemed likely to benefit from a windfall from growing trade tensions between China and the United States.

In retaliation for U.S. trade actions, China raised tariffs on automobiles imported from the United States in early July to 40 percent, which, among other things, has forced Tesla Inc, BMW, as well as Daimler AG’s Mercedes-Benz to raise prices on certain U.S.-built vehicles, such as the hot-selling BMW X5 and X6 crossover sport-utility vehicles.

One likely consequence for those brands is a sales fall, a profit squeeze, or both.

By contrast, all Lexus cars Toyota sells in China are brought in from Japan and benefit from a much lower tariff rate of 15 percent levied on non-U.S. produced car imports. 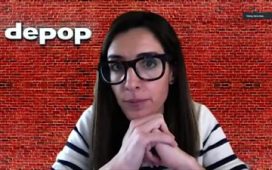 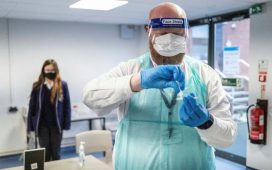 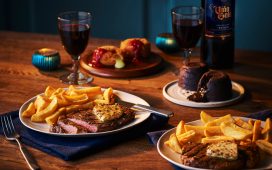