Boris Johnson has ordered a review into Channel small-boat crossings to find a way of cutting the number of people making such voyages from France.

The prime minister is said to have grown “exasperated” that there are no current policies in place that will tackle the issue. More than 24,500 people have arrived on the south coast during 2021.

Stephen Barclay, the chancellor of the duchy of Lancaster, has been asked to oversee attempts to solve the crisis, the Times has reported. It added that the prime minister had told MPs the issue was a priority.

“If it looks bad now, it’s going to look much worse in spring when it’s warmer,” a senior government source told the newspaper.

It comes as Priti Patel is considering strict new rules at detention centres for people who have crossed the channel from France, which could could result in their asylum claims being rejected.

The measure, similar to the approach used by Greece, is the latest to have been discussed by the home secretary and officials as thousands of people continue to cross the channel illegally on small boats from France.

It would result in arrivals facing routine checks and curfews being put in place to stop them absconding.

Greece employed the tactics after facing an influx of refugees fleeing the Middle East over the Aegean Sea in the last decade. It also digitised its asylum application process, a practice that Patel is keen to copy, according to the Daily Telegraph.

More than 24,500 migrants have reached the UK this year, more than three times the total for 2020. More than 5,000 have crossed in November.

Other measures have been raised in the last week, including processing centres being set up in Albania – something that the country’s minister for European and foreign affairs, Olta Xhaçka, called “fake news”.

Speaking to the Today programme on BBC Radio 4 on Saturday morning, south-coast MP Tim Loughton, who represents East Worthing and Shoreham, said: “We all know the only real solution is for the French to do what that they are legally entitled and legally obliged to do and that is to intercept the boats when they are in the water and take the passengers back to French territory.”

Loughton added that as well as looking at offshore centres, the new borders and nationalities bill currently going through parliament would give more power to the government.

“We have limited powers on this side of the channel, which is deeply frustrating and I share the exasperation of the home secretary in that we’re not able to do more about this. It’s absolutely within the power of the French to stop this miserable trade.”

He said that UK border force had offered French authorities use of drone technology overnight to pick up the boats when they tend to set off from France.

Tensions have risen between London and Paris over the issue. The French president, Emmanuel Macron, said Britain had swung from “partnership to provocation” over the issue, the latest dispute between the countries since Brexit. In July Patel had signed a £54m deal with France to double police patrols of beaches.

Earlier in the week the French interior minister, Gérald Darmanin, had said France would not be a “punchbag” for British politics, and blamed British-based people smugglers and lax labour laws. 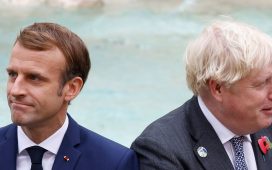 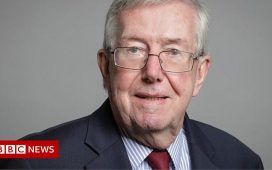