MILLIONS of people are set to see a change to incomes next month which will give them a much-needed cash boost.

Workers and people on Universal Credit will be among those to benefit from cost of living help in July.

It comes as prices for essentials rise, including grocery shopping, energy bills and fuel costs.

Two changes coming within weeks are set to offer some relief though.

That includes a one-off cash payment going into bank accounts of those on Universal Credit and certain other benefits.

Meanwhile hundreds of thousands of workers will get a pay rise when a change to National Insurance kicks in.

Anyone in work and on Universal Credit is set to gain from both. Here’s what you need to know…

National Insurance threshold rise from July 6 – how it affects you

The amount you can earn before you start paying National Insurance contributions (NICs) will rise to £12,570.

You should see the change in your first pay check after July 6 when it takes effect.

The increase from £9,500 means you can earn more before the tax is due – and some people will now pay nothing at all.

You can check exactly how much less NICs you’ll pay and how much more you’ll get in your pay packet using the government’s calculator.

Cost of living payments from July 14 – how it affects you

Anyone on Universal Credit and certain other benefits will see a change to their payments next month.

That’s because they are due to get an extra amount on top thanks to a cost of living payment.

The first half of the £650 boost is due to hit bank accounts from July 14, and should reach everyone by the end of the month.

The first amount is worth £326 and is designed to help with extra costs as inflation soars.

The cash is on top of usual Universal Credit or benefit amounts and is paid separately.

To get the first payment, you will need to be in receipt of any of these eligible benefit payments as of May 25 this year, or have started a claim by this date and later be successful.

The eligible benefits are:

Anyone getting tax credits is also eligible but will get the payment at a later date.

A second payment worth £324 will be made in Autumn with the exact date for that to be confirmed.

There will also be later cut-off date that you’ll have to be claiming the benefit by to qualify for this second amount.

It means you could be eligible for the second payment, even if you didn’t get the first, if you start claiming Universal Credit or other benefits.

It could be worth checking now if you could claim benefits as it’s estimated that millions of people are missing out. 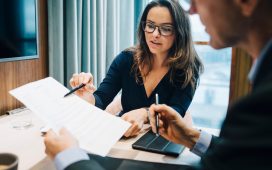