Eric Adams, a former police captain, has won the Democratic primary for mayor of New York City after appealing to the political center and promising to strike the right balance between fighting crime and ending racial injustice in policing.

Adams would be the city’s second Black mayor if elected. He triumphed over a large field in New York’s first major race to use ranked-choice voting.

As of Tuesday evening, Adams had a lead of one point over his closest rival, Kathryn Garcia, according to the latest count of ballots. The Associated Press declared Adams the winner of the race shortly after a new round of vote totals was released.

“I grew up poor in Brooklyn and Queens. I wore a bulletproof vest to keep my neighbors safe. I served my community as a state senator and Brooklyn borough president,” Adams said in a statement shared on Twitter. “And I’m honored to be the Democratic nominee to be the mayor of the city I’ve always called home.”

Tuesday’s updated vote count included some 125,000 absentee ballots. In-person and early votes were previously published on 29 June, when Adams had the lead.

The winner of the Democratic primary is likely to win the mayoral election proper in November, given the left-leaning politics of the city and an unheralded Republican opponent. Curtis Sliwa, a talk radio host and founder of the Guardian Angels volunteer crime prevention group, won the Republican primary.

Adams’ closest vanquished rivals included Garcia, the former city sanitation commissioner who campaigned as a technocrat and proven problem-solver, and the former city hall legal adviser Maya Wiley, who had progressive support including an endorsement from Alexandria Ocasio-Cortez.

Andrew Yang, the 2020 presidential candidate known for his proposed universal basic income, was an early favorite but faded in the race.

Adams, 60, is a moderate Democrat who opposed the “defund the police” movement. “We’re not going to recover as a city if we turn back time and see an increase in violence, particularly gun violence,” Adams said after three people, including a four-year-old, were shot and wounded in Times Square in May.

“If Black lives really matter, it can’t only be against police abuse. It has to be against the violence that’s ripping apart our communities,” he told supporters on the night of the primary.

Adams speaks frequently of his dual identity as a 22-year police veteran and a Black man who endured police brutality himself as a teenager. He said he had been beaten by officers at age 15. He became a police officer in 1984 and rose to the rank of captain before leaving to run for the state Senate in 2006.

While in the police department, he co-founded 100 Blacks in Law Enforcement Who Care, a group that campaigned for criminal justice reform and against racial profiling. After winning a state senate seat from Brooklyn in 2006, Adams made an impression with an impassioned speech favoring same-sex marriage rights in 2009, two years before New York’s state legislators passed a marriage equality bill.

Adams also weathered a few controversies, including a 2010 report from the state inspector general that faulted his oversight of the bidding process to bring casino gambling to the Aqueduct Racetrack in Queens. Adams had accepted campaign contributions from a politically connected group bidding for the gambling franchise.

Adams was elected in 2013 as Brooklyn borough president, his current job.

The city’s first experience with ranked-choice voting in a major election was bumpy. The New York City board of elections invited fresh criticism on Tuesday when it published the results after 7pm local time, having earlier pledged to reveal the totals at “brunch hours”.

The delay came after the board managed to plunge the Democratic primary race into chaos last week, when it mistakenly included 135,000 “test ballots” in its vote tally.

Hours later, however, the board of elections said it had become aware of a “discrepancy” in its report. The elections board said its calculations had included “both test and election night results, producing approximately 135,000 additional records”.

The error sowed confusion around the system of ranked choice voting, which was used for the first time in a New York City mayoral election this year.

Wiley said in a statement Tuesday that the board “must be completely remade following what can only be described as a debacle”. As for herself, she said her campaign would have more to say soon about “next steps.”

On Tuesday morning, as voters speculated as to when the second batch of results would be released, the board of elections had adopted a glib tone on its Twitter feed.

“We promise today’s release is more brunch special vs club hours,” the BoE tweeted. That tweet was sent at 8.48am, but it was well past most people’s definition of brunch hours by the time the results finally arrived.

See also  British man stabbed to death in Alicante as police hunt suspect
Share on FacebookShare on TwitterShare on PinterestShare on Reddit
newscabalJuly 7, 2021

Delta blues: why estuaries are the canaries in the climate crisis coalmine 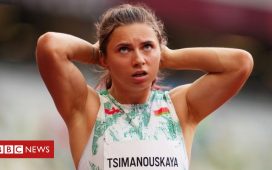 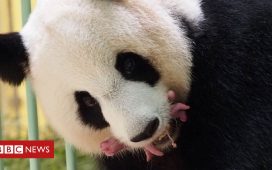