Ex-care home bosses charged over dozens of deaths in Massachusetts


Massachusetts’ top law enforcement official has brought criminal charges against former leaders of a nursing home for military veterans, for allegedly making a fatal decision that led to the deaths of many dozens of elderly residents and staff.

Former superintendent Bennett Walsh, 50, and Dr David Clinton, 71, were indicted last week on 10 criminal neglect charges each, according to state attorney general Maura Healey. The two have not been taken into custody and will be arraigned at a later date.

“We began this investigation on behalf of the families who lost loved ones under tragic circumstances and to honor these men who bravely served our country,” Healey said Friday. “We allege that the actions of these defendants during the Covid-19 outbreak at the facility put veterans at higher risk of infection and death and warrant criminal charges.”

Healey said she believes this is “the first criminal case in the country brought against those working in nursing homes during the Covid-19 pandemic”. The state is conducting several investigations into long-term care facilities with high coronavirus deaths.

Healey’s office interviewed 90 families affected by the outbreak at the facility.

Those charges are five counts each of a caretaker who wantonly or recklessly commits or permits bodily injury to an elder or disabled person, and another related to the alleged “abuse, neglect or mistreatment” of an elderly or disabled person.

The criminal neglect charges are punishable by up to three years in prison, and each count of elder neglect carries a sentence of up to 10 years.

Walsh was suspended in late March, and fired in late June following the publishing of an independent report by Boston attorney Mark Pearlstein, which revealed disturbing allegations around Walsh’s response to the virus in the long-terms care.

According to Healey, who echoed the findings of the Pearlstein report, Vanessa Lauziere, the former chief nursing officer of the Holyoke Soldiers’ Home, and then superintendent Walsh decided to combine 42 residents of two locked dementia care units – some with Covid-19 and most who did not – into a single room with a capacity of 25 people.

Social worker Carrie Forrant said it felt like the veterans were being moved to a concentration camp.

“We [were] moving those unknowing veterans off to die,” she told Pearlstein and his investigators in the June report. Other social workers interviewed in both investigations expressed concern over short staffing and not having enough people to help elderly people in all units.

The merging of the two dementia care units could have been averted if officials had sent patients in need of emergency medical care to an area hospital, which an emergency response team did when they were finally called into the home on 30 March.

The emergency response team found what was described as a “war zone,” with veterans crowded together, some unclothed and some “obviously in the process of dying from Covid-19.” By June, 76 veterans had died from the disease, and dozens more residents and nursing staff were ill with the virus.

“They risked their lives from the beaches at Normandy to the jungles of Vietnam,” Healey said. “To know they died under the most horrific circumstances is shocking.”

Tracy Miner, an attorney for Walsh, said: “At all times, Mr Walsh relied on the medical professionals to do what was best for the veterans given the tragic circumstances of a virus in a home with veterans in close quarters, severe staffing shortages, and the lack of outside help from state officials. The attorney general should not be scapegoating Mr Walsh.” 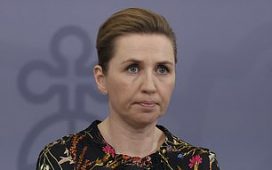 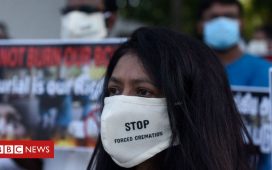 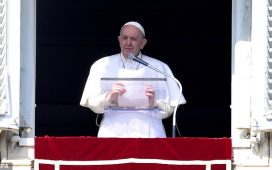 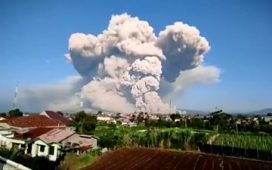