NEWSCABAL > world > 'Everything tastes better': Guardian readers on their culinary discoveries of 2020
world

'Everything tastes better': Guardian readers on their culinary discoveries of 2020


Discovering – or rediscovering – the joy of cooking has been one of the few bright spots of a year spent largely at home. We asked 43 of Australia’s leading chefs, cookbook authors and bloggers to share their favourite ingredient of the year. Their answers ranged from the humble and comforting (flour, mince, red lentils) to ingeniously umami (kombu, chilli bean curd, prawn oil), with native Australian ingredients also making many a No 1 spot (wattleseed, karkalla, cunjim winyu).

Now it’s our readers’ turn to share their finds.

Chillies in many forms proved popular.

I filled my pepper mill with a 50/50 mix of regular black peppercorns and Szechuan pepper.

Chillies and peppers have been my great horizon expansion. I’m not a heat freak; indeed I highly resent the gurning machismo associated with being able to quaff large quantities of capsaicin (no, I don’t take your ability to eat Carolina bhut naga scorpion dragon ghost jolokia devil’s rectums a handful at a time as a character virtue). Instead, I’ve been experimenting with the more subtle spices in an attempt to enrich already-established recipes.

The great wealth of dried Latin American chillies (anchos, aji amarillo, pasilla, guajillo, aji panca, morita, mulato) have been great for playing around. I use kangaroo mince as a base template for a basic chili; the fun lies in trying different proportions and combinations of each to see how each flavours the chili. Again, I’m not going for burning a hole through one’s guts; what I look for is richness, smokiness and some warmth.

My loveliest find, I think, has been urfa biber, a chilli from Turkey that has been sweated, dried and ground to form a dark chocolatey purple powder that is very moist. It has been almost impossible to source in Australia and I’ve had to rely on a precious pack brought back from the Istanbul spice market. It is so, so good running it through some grilled beef marinade, and on grilled vegetables.

The other great revelations have been the peppers. I’ve been experimenting with the wealth of peppers one finds in Indian and African grocers (cubeb, long pepper, Grains of Paradise and, of course, Szechuan) and find them to be so much more enriching than just plain black or white pepper. But even black pepper can be exciting; through a Cambodian vegetable seller in our local market, I’ve been able to get hold of some Kampot pepper, a variety of black pepper from the Kampot region in Cambodia that is exceptionally aromatic. Once you try Kampot you’ll never want to go back to McCormick.

Chilli oil. We always have a bottle on the table, sometimes two or three. I grow chillies, more than we can eat fresh. I dry the excess, using the hottest ones (Trinidad scorpions, ghost, habaneros, etc) for chilli oil, sometimes mixed with Szechuan peppers or diluted with sweet peppers and garlic. I made one mid-Covid with smoked habaneros that was so hot it was hard to consume. My solution – make batches diluted with peanut oil: a 10% solution proved good for everyday use. We use chilli oil on nearly everything: pizza, congee, dumplings, prawns and crabs (with Kewpie mayo), roast chicken (with sherry vinegar gravy), stir-fried anything, curries, avocado on sourdough, noodle soup.

For me, the ingredient (maybe a bit of a 2020 cliche, I know) was the sourdough starter I was given by my brother-in-law Jack, just before he died. I added it to normal bread dough at first before taking the leap last year and making a proper sourdough loaf.

Over this year I worked out that there are so many ways to make a good loaf, it’s easy to pick one that suits your lifestyle. The one I’ve settled on is levain in the morning, mix and stretch through the arvo, set before dinner, fridge overnight, bake in time for breakfast. I gave starter and flour to lots of friends and now Jack’s bread is being made all over, even in Japan.

Mine is still my sourdough starter. I laughed my head off when I saw all these try-hards all of a sudden turn to making sourdough in the first lockdown, as though it was some ground-breaking new discovery …

Not really. It was good seeing them have a go at it. Bread is a fickle beast at the best of times. I’m in my 32nd year of my baking career – or 33rd, I can’t remember – and I still love it.

It’s probably not a new thing, but mine was spelt pasta. When the shelves were bare this was the only one left. Now I wouldn’t eat any other kind.

Finally, condiments, herbs and powders that can elevate and intensify favourite recipes were prized.

Encouraged by recipes by Adam Liaw I used white miso and found it gave richness and depth and umami to lots of things so that I got bolder with it and dropped it into soups and bolognese ragus, as well as cooking seared brussels sprouts and braising leeks with it. I love that it keeps forever and is so versatile and melts quite easily into hot liquids.

Kakadu plum has been a surprise discovery this year. I use both dried halves and powdered fruit. It has an incredible hit of flavour and zest. Great in or on breakfast cereals, especially porridge out camping, and for desserts and stir fry. The dried Kakadu plum halves remind me of the days working with Japanese crew eating umeboshi. The Kakadu plum is packed full of nutrients. I haven’t foraged this wild yet but a few legit Aboriginal food companies harvest and sell it online, so I always carry some while out adventuring.

I’ve been buying enormous bunches of coriander from our grocers – carrying them home as a bouquet to sit in a vase on my kitchen window sill, providing a burst of green and that extra layer of privacy from our neighbours in the apartment across the lane.

I use the entire bunch – roots and stems chopped with garlic as the start of stir fries or soups, the most flavoured stems and leaves chopped as a garnish and, when it’s starting to show its age, I throw the whole bunch in a blender with lemon and chilli and garlic for riffs on zhoug. Shout out to Ashfields of Fruit for brightening up so many meals.

• Some comments have been edited 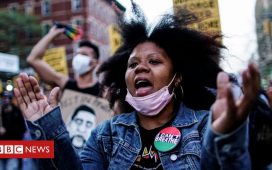 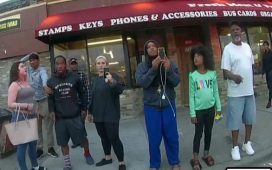 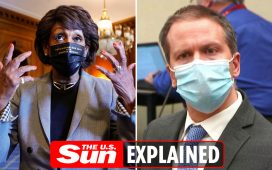