In a clearing in the Amsterdamse Bos, a forest on the outskirts of the Dutch capital, is a “tree hub” where hundreds of saplings, among them hazelnut, sweet cherry, field maple, beech, chestnut and ash, are organised by tree type.

The idea behind it is simple: every day unwanted tree saplings were being cleared and thrown away when those young trees could be carefully collected and transplanted to where they are wanted.

Volunteers have already collected thousands of saplings cleared from woodland paths and those unlikely to survive in the forest shade. On Saturday, on donate a seedling day, people will be encouraged to take unwanted saplings or cuttings from their own gardens and give them to 200 tree hub locations across the Netherlands.

“The Netherlands wants to plant 37,000 hectares [91,400 acres], which is about 100m trees,” says Hanneke van Ormondt, the campaign manager of Meer Bomen Nu and a member of the Urgenda climate activism organisation. “I don’t know how short we are in getting nurseries in place, but we don’t need them: we just need more circular forest management. Everywhere along the path, left and right, is always cleared of shrubs and trees. Replant it! My dream is that every council will open a tree hub where foresters can bring their stuff, and people who want a free tree can come.”

A pledge to plant significantly more trees by 2030 is a key part of the Netherlands’ climate change agreements, which Dutch courts have ordered the government to uphold. Across Europe, the EU has promised to plant 3bn trees by 2030, to help reduce greenhouse gas emissions by at least 44%, and there are strategies to protect, boost and extend damaged forests, despite the challenges of land availability.

But while state forests typically use certified plants, there are also plenty of small landholders, farmers and the odd council, looking to plant trees but on a tight budget: this is where Meer Bomen Nu believes volunteer organisations can spring up.

“We need more trees for climate change and biodiversity laws,” says Van Ormondt. “Every tree [takes up] CO2, cools us down, gets the soil healthier, gives out oxygen, provides a home for fauna, birds and insects, cools the cities down … and makes us happier.”

The Dutch foundation began partly by coincidence, after Urgenda won court cases against the Dutch government to make it honour its climate pledges.

“One of the ministries said to me that Urgenda has plans to plant trees but the tree nurseries can’t deliver them,” recalls Van Ormondt. “I like a challenge, so in March last year, I went to visit Franke van der Laan from Stichting MeerGroen. In the summer, he grows vegetables; in the winter he turns the 160 hectares where he does forest management into a tree hub. He started with 10 trees, which he gave away at the end of the season, then 100, then 500.”

By the time Van Ormondt visited the tree hub, Van der Laan had 50,000 saplings and through the progressive farming foundation Caring Farmers, they found 20 volunteers and had planted all of the young trees within three weeks.

Meer Bomen Nu was set up by summer 2020 and an unlikely donation from a fruit nursery that August of 150,000 pear trees garnered national attention. “We caused traffic all over the Netherlands, with people driving from Limburg to Breukelen!” she says. “After that, we had a phone call with someone saying they had 80,000 guelder-roses in pots. By then, everybody knew us and a million trees were pre-ordered on the website. Last winter, we started, it was one big, logistic nightmare, and we had a very strict lockdown. But we did give away 250,000 seedlings and shoots.

“We did a survey and 80% survived, which is as good as regular forest planting. That’s when we decided this had potential and we would try for a million this winter, and to get other countries interested.”

Manou van der Noort, a volunteer coordinator at Amsterdamse Bos, says she always found it a shame when paths were cleared of unwanted shrubs and saplings, to be composted. “I think [Meer Bomen Nu] brings more awareness of what we need to do with trees and how every tree counts,” she says. “There’s also a lower threshold for farmers or councils to plant a new forest or hedgerow: it’s free, which is a pretty low threshold, and it’s easy to organise.”

There is also enthusiasm from within the EU. On 11 December the European Commission’s executive vice-president Frans Timmermans will replant the first Belgian sapling with Meer Bomen Nu for a couple near Brussels with some land and a desire for 300 trees and shrubs.

Timmermans told the Guardian: “By taking shrubs and young trees from locations where they are unwanted and replanting them in new areas, the ‘Meer Bomen Nu’ campaign has found a creative, sustainable and circular way to get more trees planted. The ‘Meer Bomen Nu’ campaign is now moving from the Netherlands to Belgium, and I think it is an approach that can inspire many more in Europe. I’m very happy to help spread the word and am looking forward to plant the first tree of the Belgian campaign next month.”

The forestry lobby group Fern, however, says that smaller actions don’t mitigate the need for large-scale government action, not least in finding land for forests. “Community tree-planting, especially in urban areas, can bring huge environmental and social benefits,” says Kelsey Perlman, a forest and climate campaigner. “But these initiatives must not distract us from the bigger issue, which is the precarious state of Europe’s forests, and the industrial logging which is driving it. Prevailing forestry practices have created a biodiversity crisis in many of the EU’s protected forests, as repeated studies show.”

Still, Van Ormondt believes trees on city and private land can only help. “We only do it with the permission of the site manager, because they know what species they want to keep in an area and what is abundant,” she says. “If you do it right, there isn’t a downside. But don’t just go pulling out trees here and there when you walk the dog!” 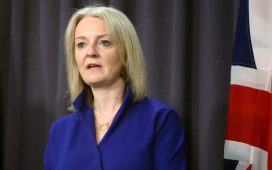