Manchester City’s game at Everton on Monday has been postponed and the club’s training ground closed for an indeterminate period after a number of their players tested positive for Covid-19.

City requested the postponement on Monday morning when their latest round of testing revealed an increase in positive cases among the squad. The club had confirmed four positive tests on Christmas Day, including for Kyle Walker and Gabriel Jesus, and a Premier League board meeting agreed to rearrange the Goodison Park fixture just hours before it was due to kick-off.

The number of City staff to test positive has not been disclosed, although the league took medical advice before postponing a game that would have been attended by 2,000 Everton supporters.

Premier League guidelines that pre-date the pandemic state a fixture should proceed and requests for a postponement be rejected unless a club has fewer than 14 players available. Everton will ask the league for a full disclosure of why it agreed to postpone the game.

With players in quarantine and the training complex closed, City’s matches at Chelsea on Sunday and Manchester United next Wednesday in the Carabao Cup semi-final may also be in doubt.

A City statement read: “After the latest round of Covid-19 testing, the club returned a number of positive cases, in addition to the four already reported on Christmas Day. With the security of the bubble compromised, there posed a risk the virus could spread further amongst the squad, the staff and potentially beyond. Based on strong medical advice the Premier League, in consultation with both clubs, has decided to postpone the fixture.

“All positive cases involving players and staff will observe a period of self-isolation in accordance with Premier League and UK government protocol on quarantine. The first team training ground at City Football Academy will close for an indeterminate period, with the squad and associated bubble undergoing testing before any decision is made for training to resume. Everyone at the club wishes all of our colleagues a speedy recovery ahead of their return to work, training and competition.”

The Everton game is the second league fixture to be postponed owing to Covid-19, after Aston Villa v Newcastle earlier this month, but despite the outbreak at City the league insists its protocols are being observed.

A statement read: “This rise has created uncertainty and the Premier League board received medical advice that the match should be postponed. The board agreed to rearrange the game as a precaution and further testing will now take place tomorrow.

“The decision has been taken with the health of players and staff the priority. The Premier League continues to have full confidence in its protocols and rules, and the way in which all clubs are implementing them. The League wishes those with Covid-19 a safe and speedy recovery and will rearrange the postponed fixture against Everton in due course.”

Everton said in a statement: “An alternative date and kick-off time has yet to be decided but will be confirmed as soon as possible. Everton’s next fixture will be the New Year’s Day visit of West Ham (5.30pm GMT).” 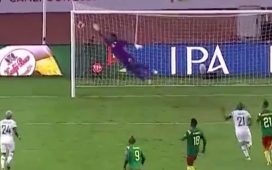