Everton have been urged to sack Rafa Benitez amid a dire run of form. The Spaniard has come under huge pressure at Goodison Park, with the Toffees currently languishing in 15th and winless in eight league games.

The club’s owner Farhad Moshiri has publicly backed Benitez, but the pressure is growing with supporters unhappy with the current situation.

Some fans are even planning to stage a protest against the club’s owners and Benitez by walking out for five minutes during their game with Arsenal on Monday.

A supporters’ group urged the Goodison Park faithful to join them in making the statement by walking out in the 27th minute.

The time has been specifically picked as it is 27 years since Everton’s last trophy – the 1995 FA Cup.

The protest is said to be mainly against Moshiri’s perceived lack of communication and the club’s hierarchy has come under more scrutiny from club legend Pat Nevin, who has urged them to take decisive action.

Speaking to the Mirror, he said: “I think he deserves more time but, if he doesn’t get more time, I understand why they’ve been panicked into it because between now and Christmas if it doesn’t go much better, everybody else is capable of going on a good run and dragging you into it.

“[Against Liverpool], they looked a long way off and there are definitely massive concerns. Every Everton supporter at the moment is not looking up the table, they’re looking backwards and that tells you the story of where they are.

“But if they’re going to change it, do it fairly soon, because whoever’s coming in is going to have to get his feet under the table and know what he needs by January.

“If you don’t make the decision soon, you might as well stick by him.”

However, the Scot, who spent four years at Goodison Park between 1988 and 1992, believes a change in the dugout would come with risk and wouldn’t solve all of their problems straight away.

He added: “If you do make a change, you better know you’re getting somebody in who’s definitely going to be better, who’s a top-level coach, who’s going to be able to attract and know who to bring in in January.

“You better know that, because if you don’t and you take another leap in the dark, it’s another nightmare that’s going to cost you even more. I’ve been a chief executive before and I’ve been in charge of hiring and firing and my thoughts were that half a season is not enough to turn around something like that.

“You take a massive chance when you start with someone new. Who are the top managers at the moment that are available and can bring in the players that he can work with and get the best out of the ones that are there?

“There are no absolute certainties out there.” 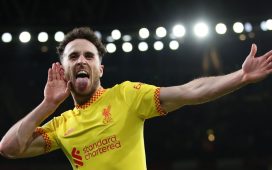