A proposed new law that could impose time and noise limits on protests in England and Wales would seriously harm freedom of expression and should be rejected by parliamentarians, Europe’s human rights commissioner has said.

Dunja Mijatović of the Council of Europe made her concerns clear in a letter to MPs and peers as the former prepare to debate the police, crime, sentencing and courts bill on Monday.

“I have increasingly had to address instances in which Council of Europe member states have tried to introduce restrictions on peaceful demonstrations, often implicitly driven by the desire of governments to minimise the possibility of dissent,” she wrote to the speakers of the Commons and the Lords.

“I am seriously concerned that, if the above-mentioned provisions were to be adopted, the UK would add to this worrying trend. In the light of this, I call on the members of both houses not to accept provisions of the bill that would add further restrictions on peaceful demonstrations.”

The government’s proposals have provoked widespread protests under the banner “kill the bill” and have been criticised by parliament’s joint committee on human rights (JCHR). The MPs called for the scrapping of clauses that would allow restrictions to be imposed on protest that is noisy, create powers to limit one-person demonstrations and increase penalties on people who breach conditions.

“One of our most fundamental rights is to protest. It is the essence of our democracy. To do that, we need to make ourselves heard. The government proposals to allow police to restrict ‘noisy’ protests are oppressive and wrong,” the committee chair, Harriet Harman, said last month. “The government put forward new powers in areas where the police already have access to powers and offences which are perfectly adequate.”

Mijatovic also raised concerns over the impact the bill could have on Gypsy, Roma and Traveller communities, saying in her letter to the Commons Speaker, Sir Lindsay Hoyle, and the Lord Speaker, John McFall, that the bill may even allow authorities to seize the vehicles in which the community members live.

“While the government can legitimately pursue actions to prevent public disorder, crime or nuisance, these should be clearly circumscribed, and any measures taken in this respect should be proportionate and non-discriminatory,” she said.

“I am not convinced that this is the case for the new provisions proposed in the bill, including in view of their far-reaching consequences, especially as I have been informed that powers to deal with such issues are already available.”

The draft legislation is due to go through its remaining stages in the Commons on Monday, before being considered by the Lords. The Council of Europe is not an EU institution and the UK remains a member.

UK Covid live news: Labour condemns ‘reckless’ quarantine lifting for those vaccinated in US and EU 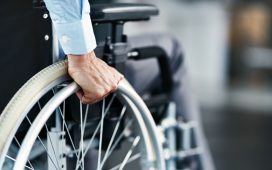 Another roaring 20s? We need to do better than that | Dan Davies 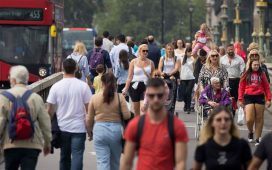 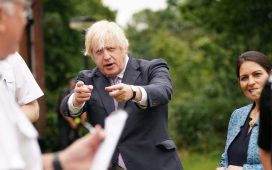 Pingdemic will end next month with end to self isolation 'nailed on', says PM 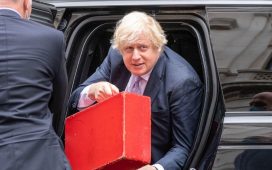